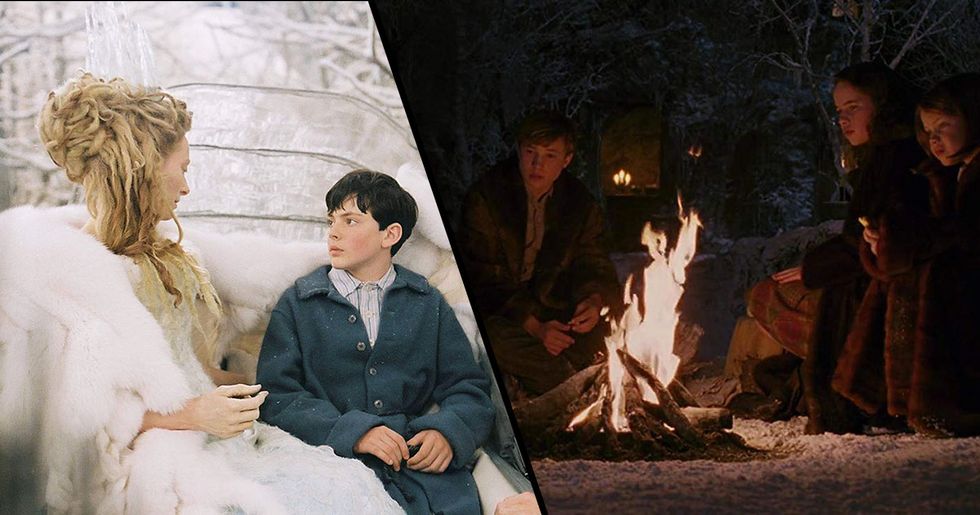 Many of us will be familiar with the magical world of Narnia. C.S. Lewis' famed novella centering on the 4 children of the Pevensie family has been on the bookshelves of generations of children. And, as you'd expect with anything that gains substantial critical acclamation, the books have been adapted into movies - most notably The Lion, The Witch, and The Wardrobe, which hit the big screen in 2005.

It was a movie that had us glued to our screens, staring in awe at the winter-bound land, and, of course, made us realize that liking Turkish delight is definitely not okay (Edmund what were you thinking?).

But now, the Chronicles of Narnia are officially getting the Netflix treatment as the streaming giant has acquired the rights to create a series adaption of the beloved fantasy novels.

It won't be long until we re-enter the world of Narnia. Keep scrolling to get all the details on the exciting project.

The Chronicles of Narnia are a series of high-fantasy novels.

C.S. Lewis' famed novella was published each year between 1950 and 1956 and has gone on to be a staple childhood classic for many across the globe.

There are 7 fictional tales in the series.

Generally, the novels center around the 4 children of the Pevensie family during World War II, and the magical winter-bound world of Narnia, which they discover after being evacuated from London.

The most famous tale is, of course, The Lion, The Witch, and The Wardrobe.

The Lion, the Witch, and the Wardrobe, which kicked off The Chronicles of Narnia, is without a doubt the most famous story in the magical series. The novel was later followed by Prince Caspian, The Voyage of the Dawn Treader, The Silver Chair, The Horse and His Boy, The Magician's Nephew, and finally, the aptly named The Last Battle.

The Lion, The Witch, and The Wardrobe got the big-screen treatment most famously in 2005.

The much-loved novel was brought to life and marked the first in the movie trilogy series surrounding the fictional realm of Narnia.

The movie follows Peter, Susan, Edmund, and Lucy, who are evacuated to a professor's country home during the war.

While the children play hide-and-seek, the youngest sibling, Lucy, discovers a wardrobe and upon entering to hide, enters the snowy world of Narnia.

The land is cursed by an eternal winter by the White Witch.

When Lucy returns back to the country house through the wardrobe, no time has passed and no one believes her about the land beyond the seemingly normal piece of furniture. But once Edmund follows her there one night, it isn't long before the entire family ends up in the magical land.

When Edmund stumbles upon the witch, who claims to be queen, she offers him a tempting lavish lifestyle (and some Turkish delight).

The evil witch offers him the prospect of becoming king of the realm if he brings his fellow siblings to the castle.

Narnia is then led into a full-blown war.

With the aid of talking lion, Aslan, the siblings lead Narnia into a war to allow Aslan to take control over the world. The lion explains that it has been prophesied that, if 2 sons of Adam and 2 daughters of Eve sit on the 4 thrones, the White Witch's evil reign will end.

If you hadn't already guessed, there are religious undertones to the tale.

Miraculously, the movie ends fifteen years later, with the children still in Narnia.

After being crowned as kings and queens, the siblings return to the wardrobe and magically return to being children again, on the very same day that they entered Narnia in the first place.

The movie's huge box office popularity has cemented it as a childhood classic.

The movie grossed a staggering $745 million in revenue, with a worldwide opening of $107.1 million - at the time, making it Disney's largest ever opening (it's now the fifth-largest).

And its worldwide success meant more films were to follow.

In 2008, the next chapter in the Chronicles of Narnia series, Prince Caspian, hit the box office. The movie, which carried over the original cast, is set a year after the events of The Lion, The Witch, and The Wardrobe. The children return to Narnia once again and find that over a thousand years have passed there and that war has broken out again. So, the children join forces with Prince Caspian to overthrow the evil King Miraz and restore peace to the land.

The final installment of the movie trilogy hit screens in 2010.

The Voyage of the Dawn Treader gave fans their final fix of Narnia and concluded the famed trilogy. The movie follows Lucy and Edmund as they return to Narnia with their cousin Eustace, and meet up with Prince Caspian for a trip across the sea aboard the royal ship, The Dawn Treader.

But, nearly a decade on, we're set to return to Narnia once again.

According to Radio Times, streaming giant, Netflix, has bought the rights to create the beloved fantasy franchise into a series.

But it won't be your average "series"...

The adaptation will reportedly include both films and series, which many are interpreting as "episodic stories" rather than traditional television shows.

“Coco” co-writer Matthew Aldrich will serve as the creative architect and oversee the development of all films and… https://t.co/bHmNDeDcOj
— Netflix Queue (@Netflix Queue)1560365946.0

According to the streaming platform: "Aldrich will work across both series and film and serve as a creative architect on all projects under the deal."

It remains unclear whether Netflix will follow the books faithfully, or whether they'll veer off in their own creative direction.

The streaming giant has remained pretty tight-lipped about the eagerly-anticipated project, simply saying they'll "develop stories from across the Narnia universe."

C.S. Lewis's stepson, Douglas Gresham, is said to be serving as executive producer for the project.

“It is wonderful to know that folks from all over are looking forward to seeing more of Narnia and that the advances in production and distribution technology have made it possible for us to make Narnian adventures come to life all over the world," he said. “Netflix seems to be the very best medium with which to achieve this aim, and I am looking forward to working with them towards this goal."

Whatever the streaming giant decides to do, we're pretty excited about the upcoming project.

Netflix has a knack for having us glued to our screens, so we're sure this will be no exception.

The project is still in the very early stages.

So we won't expect to be seeing anything until at least 2020. In the meantime, keep scrolling to look at the latest binge-worthy drop from the streaming giant.