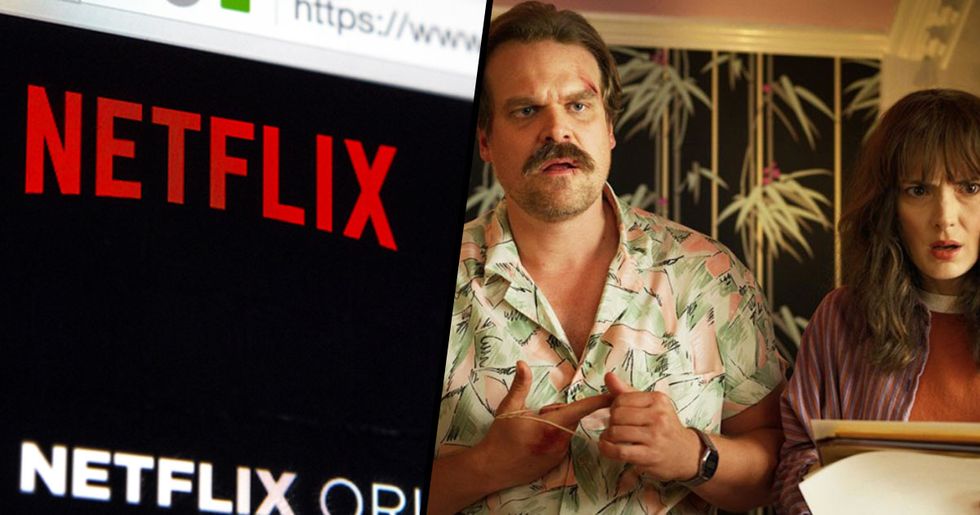 There's nothing worse than really getting into a series, only to have to wait for an entire week to get your next installment.

So when streaming giant, Netflix, came on the scene, it was the answer to all our prayers. We could watch Orange is The New Black all at once, sit back and binge The Crown in one day, and watch every season of Stranger Things at our own leisure, without having to do that painful week-to-week wait for the next episode.

But that may all be about to change...

Netflix is reportedly set to drop episodes of our favorite shows weekly instead of all at once and we honestly don't know how we'll cope with it.

Keep scrolling to get the full scoop, including which shows will be affected.

We all love a good binge-watch.

Sitting back, relaxing, and hitting play on your favorite show is pretty much the best past time.

It's basically the perfect way to spend the weekend.

Why go out and socialize when you can sit and watch TV all day? (Okay maybe don't do that...)

But we all know the struggle of waiting each week for a new episode of our favorite show.

When you're so desperate to find out what happens, it's the worst thing having to wait an entire week to find out.

When Netflix came on the scene, it was the answer to all of our prayers.

The streaming giant became known for dropping the episodes of its original series all at once, banishing those week-to-week waiting blues.

The company was the main rival to Blockbuster, a major chain that was basically the pinnacle of '90s and early '00s childhoods and allowed you to rent films, games, and TV box sets.

But, in 2007, Netflix moved towards the feature that it's best-known for... streaming.

At the time, many outlets were moving away from traditional DVDs, so it's no surprise that Netflix chose to keep with the times.

Closely following House of Cards was Orange Is The New Black, which just aired its seventh and final season, and is one of the platform's biggest success stories.

It was certainly responsible for an influx of new subscribers.

Many people signed up to the platform to watch the hit show, which follows Piper Chapman as she is sentenced to spend time in a minimum-security women's prison in Connecticut for transporting drug money 10 years earlier.

In more recent years, Netflix has been responsible for several other major hits.

Shows such as The Crown, Glow, and Grace and Frankie have all attracted huge viewership.

The sci-fi show, which has just wrapped up its third season, debuted in 2016 and has since become one of the most popular Netflix originals on the platform.

The best thing about Netflix originals is that you can watch them all at once.

It's any avid binge-watcher's dream... having all of the episodes drop at once so that you can sit back, grab the popcorn, and watch at your own pace.

But that may be about to change...

It looks like Netflix is trying out something new, and fellow binge-watchers might not be too pleased by it.

The streaming giant is looking to shake-up its episode-release schedule.

Being able to binge a whole season in one sitting may be a distant memory, as Netflix is allegedly set to drop episodes of some of its original series every week instead of all at once.

It's bad news for many Netflix fans...

We may be kissing goodbye to binge-watching many of our favorites, with Netflix testing out the new release schedule over the upcoming weeks.

Several shows will be affected by the change-up.

According to ComicBook, multiple shows will start releasing on a one-episode-a-week basis, just like other traditional outlets.

So, which shows are being affected by the move?

Unfortunately for baking fans, the next season of The Great British Baking Show - its seventh batch of episodes - is the first show to get the new weekly episode treatment. So viewers will have to keep up with the baking-related antics just like they would on cable.

The rap competition, featuring T.I. Cardi B, and Chance the Rapper as judges will be released in groups every week. The first four episodes will debut on Oct. 9, then episodes 5-7 will air Oct. 16, and the season will wrap with episodes 8-10 on Oct. 23.

But, don't worry, the streaming giant isn't planning on implementing it on all shows just yet.

At the moment, Netflix is just testing out the new schedule with these 2 shows, meaning that, for now, whether you're concerned about binge-watching The Crown later this year or eagerly awaiting new seasons of other old favorites like Stranger Things, there's no cause to worry just yet.

The news comes after several other streaming platforms have taken up the same schedule.

Similar streaming service, Hulu, has implemented a similar method of release throughout the years, debuting the first 3 episodes of a series during the first week, and then going to a weekly release schedule afterward.

Fans don't seem too happy about the news.

Many are saying that the whole series drops are the only reason that they like the streaming platform.

Netflix may lose quite a few fans...

But, like we said before, thankfully, as of now, Netflix doesn't have any plans to implement the change on any other shows. Phew. If all of this Netflix talk has got you in the mood to binge-watch, have no fear, as we've listed everything coming to Netflix this month. Keep scrolling to find your next favorite watch.