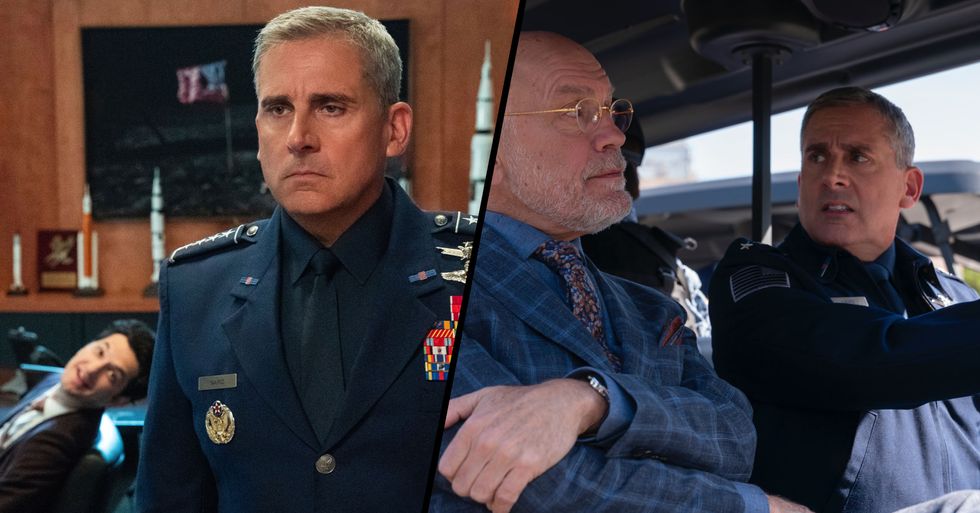 Because it has been announced that, a new Netflix comedy is set to fill the Office sized hole in our hearts.

We've recently had some very sad news about the show.

"The Office comes back to us in January 2021. It is my hope that we can figure what that great reboot would be. We are having conversations."

And now there's been another hat thrown into the ring.

Bob Greenblatt, former chairman of NBC Entertainment, claims original show creator Greg Daniels is keen, too.
In conversation with The Hollywood Reporter, Greenblatt claims, "I was talking to Greg Daniels four years ago about rebooting The Office, way before this. He wants to do it and actually has an idea for it."

And what's even more exciting?

When The Office ended in 2013, memes were in their infancy. We can only imagine what the internet will come up with this time around.

But others are feeling more skeptical.

The fact The Office is so funny relies on constantly offensive humor - which many suspect may not be so well received in 2021.

Some have this suspicion.

There's a worry about the longevity of an Office reboot - especially considering the terrible things that come out of Michael Scott's mouth.

But hey, there is an upside.

No matter how skeptical you feel, at least there's a perfect Office gif you can use in response.

And many aren't convinced.

Perhaps an Office reboot is one of those things that sounds good in theory, but in reality, is better left well alone.

Although others have had this reaction.

Since The Office we know and love is already a reboot, perhaps we shouldn't be judging it this harshly.

And if you can't wait that long?

Well, a new Netflix drop might be for you. Upcoming comedy Space Force stars Steve Carell, and has The Office's Howard Klein as executive producer.

It's set to drop on May 29th - and we'll certainly be tuning in. Can't wait til then? Scroll on for everything new to Netflix this month.