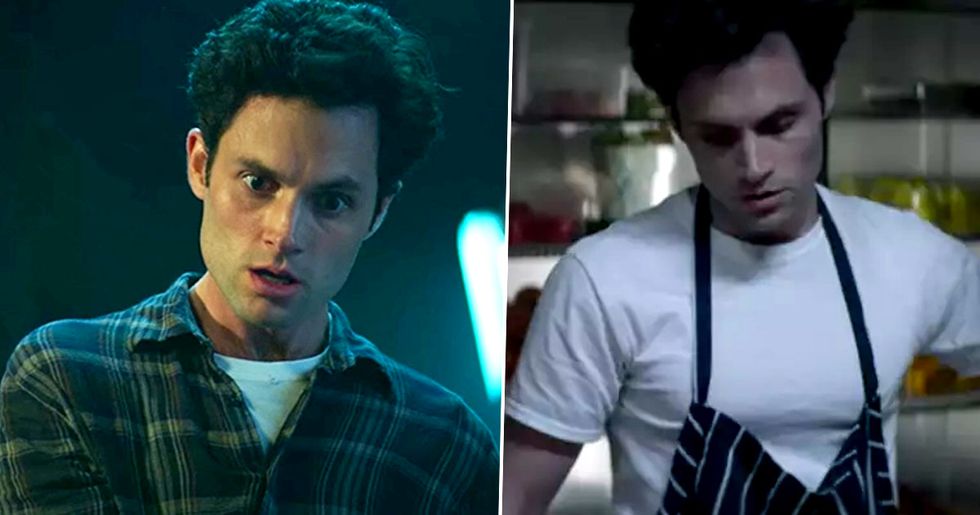 As viewers sink their teeth into the new offering, there's one barbaric scene that's giving people nightmares, making them vomit, and leading others to call for a trigger warning!

Keep scrolling to see what people are finding so sickening.

It was announced that fan-favorite and world's worst therapist, Doctor Nicky, may make a reappearance. "Another thing that might come into play [is that] Doctor Nicky is in prison for a murder he committed. When Joe leaves his life in New York behind, he leaves behind a lot of stuff that could come back to haunt him," Gamble claims.

But it's safe to say fans of series one are in for a treat.

Gamble has promised a scene in season 2 which will make the entirety of season one seem like easy watching. Keep scrolling to catch a glimpse of the trailer.

It's safe to say everyone is excited to get creeped out by Joe once again.

After an agonizing wait, You season 2 finally dropped on Netflix.

And now we know the scene...

It would appear that the gruesome scene has come to light after countless viewers took to Twitter claiming it had given them nightmares and made them come close to puking. Yuk. Spoilers incoming by the way.

Definition: A meat grinder (also called a "meat mincer" in the UK) is a kitchen appliance for fine chopping ('mincing') and/or mixing of raw or cooked meat, fish, vegetables or similar food. If you're making burgers then great. But if you're sticking a body-part into it. Well yeah... Oh boy!

So what happens in You?

Well, in the second episode of season two, after stealing Will's identity Joe finds himself in a spot of bother over some debt he's inherited with his new persona. When he was alive, Will owed a man called Jasper a fair bit of cash, and Jasper ends up cutting the tip of Joe's finger off as a threat. Unfortunately for Jasper, Joe doesn't have that kind of money so instead of paying him off he murders him before placing his corpse through the barbarism of a meat grinder.

That's not how I want to go!

At some point we all have to wave goodbye to existence and enter into the other world. Or the nothingness. There are many ways to die and many ways to be disposed of. I'm pretty easy, but I just hope I'm not drove through a meat grinder into a mashed-up mincemeat of what was once my flesh and bone.

Feeling more than ready to binge-watch the new season? Check out the trailer below.

You Season 2 is available to stream on Netflix now. Scroll on for all the details of the upcoming Gossip Girl remake. There's someone very exciting set to be reprising their role...