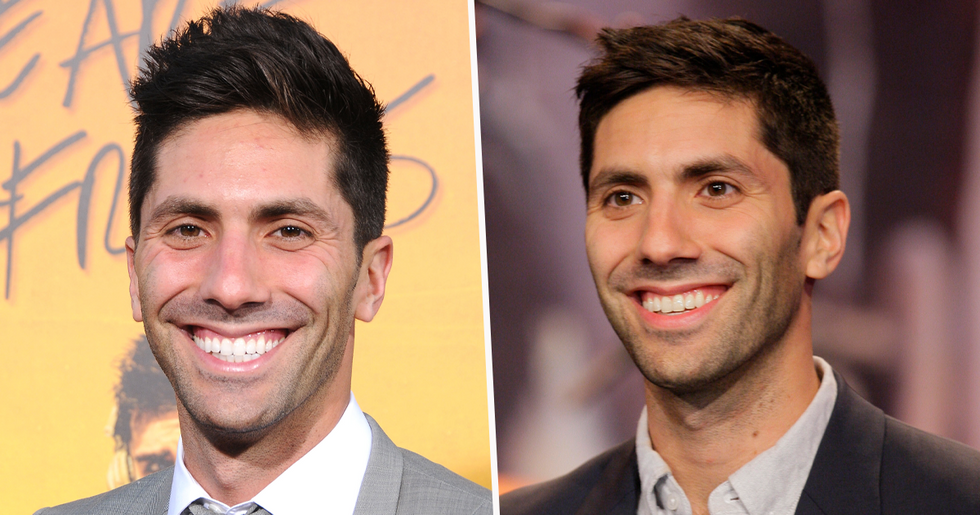 It's no secret that waitressing is a pretty tough job, both physically and financially, and it's even more so when you're pregnant.

But one waitress recently learned of the generosity of Catfish's Nev Schulman after serving him at Denver Airport.

Keep scrolling to find out more about this incredible story and the weirdly specific reason behind it...

Pregnancy is a tough time for many women.

Alongside the morning sickness and mini human that's literally growing inside of you, there's a lot of other stuff to sort.

Things like maternity leave and child care need to be planned.

For some, the fear of birth.

But for many money is one of the biggest worries.

So when one waitress waited on Nev Schulman at Denver Airport she had quite the surprise waiting for her at the end of his bill.

As she received an extremely generous tip from the Catfish presenter.

Nev began as a subject for a documentary called Catfish which saw him meet and fall in love with a woman he met online.

In 2012, his career began as he became the host of a follow-up show for MTV called Catfish: The TV Show.

The show was a great success.

And Nev soon shot to fame.

He has since starred in the film Nobody's Fool where he played himself.

And also wrote his own book In Real Life: Love, Lies & Identity in the Digital Age.

So he knows himself, just how hard the stresses of raising children can be.

So is there any surprise that he left a generous tip for a mom-to-be?

Something that probably made her day!

Zulia Reyes was waitressing at Smash Burger at the Denver International Airport in Colorado when she received her surprise.

Earlier this month, whilst working she spotted a face she thought was familiar.

In an interview with Denver 7 News she explained "I'm like, 'Why do you look so familiar?'"

Her thoughts were "That looks like the guy from Catfish."

A mom-to-be is counting her blessings after receiving a generous tip from “Catfish” host @NevSchulman, who has the… https://t.co/XnEuyQvS2K
— Adi Guajardo (@Adi Guajardo)1596733621.0

Zulia waited on Nev's table and shared that he was very kind.

He even made a conversation about her pregnancy and due date.

Zulia explained that he asked when she was due and when she told him, they found a coincidence.

As Zulia's baby is due September 26th which is also Nev's birthday.

The encounter obviously left a mark on Nev as when he finished, he left Zulia the most thoughtful and generous gift.

Nev also signed the bottom of the receipt adding "Congrats on your baby girl!"

Many waitresses rely on tips to make up a decent wage.

Zulia explained to Denver 7 News, "It means the world to my baby and my family ... we never expected that ever to happen to us."

The tip clearly means a lot to Zulia as she spoke with tears.

She said "It means rent, or it means at least her or her stroller is paid for. It makes me so emotional that something like that is taken care of and I don't have to worry about it."

A tweet about the experience was shared online and even gained a reaction from Nev.

Retweeting the tweet he simply added a smiley face emoji.

What a kind gesture!

Keep scrolling for more waitresses who have received incredible tips...
20%