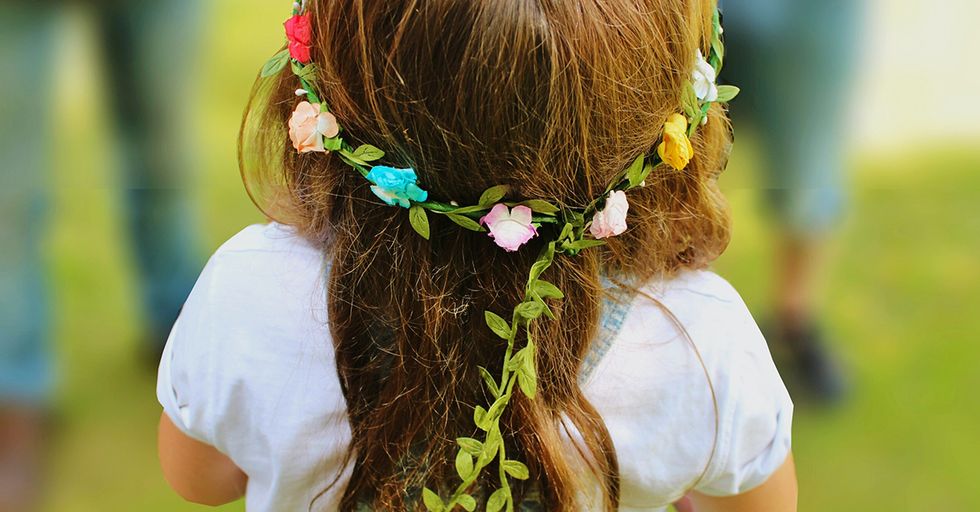 People are getting really creative with baby names these days.

And not necessarily in a good way...

Some baby names make you scratch your head...

...or wonder if the person naming the baby knows what words mean. Here are 19 stories about  babies who will probably go change their names to something more normal once they're old enough.

Chardonnay. The parents named her for their favorite wine. –Back2Bach

I worked at a summer camp and this family had 5 kids and 1 on the way but the 3 at my camp were named Integrity, Honesty, and Rage. Ironically Rage was the sweet one. But we would always joke about what they would name the next kid. I liked the name Punctual. –throwaway345041051

Guys, I was at Disneyland and would hear the most ridiculous children names. These were my favorite: England and Scotland Arrow and Quiver –peanutbuter_smoothie

True story: my name was supposed to be Jeff, but they gave my dad the form to fill out and where it said "name" he put his own and that's how I became a Jr. I'm just glad I wasn't a girl. –arcxjo

I know a couple who named their daughter Khaleesi Danyris (that's how they spell it), but only the wife watches GOT. Guy has no idea. –DarthAdobo

My friend's sister has three children - one girl and two boys. They are called Maisie Moo, Ryder Rae, and Brooklyn Blu. –bilnas

I work for Santa taking holiday pictures, one year a mother looked me in the eye and told me her daughter's name was Princess. She then looked embarrassed and repeated herself, "yes her name is really Princess". –pixie_cheese

Friend of mine named her daughter Knoxleigh. They call her Knock Knock as a nickname. It’s atrocious. –bcsmith317 The next one takes a sort of normal name and messes it up beyond belief...

Basically anything ending in 'ayden'. Things like Zayden and Rayden. And not sure if it's real, but Traylor sounds hilarious. –gratedCheeseOnToast

One of the girls in my daughter kindergarten class is named Quinsy. It’s a disease. There are two Dyxins with the same “unique" spelling and a Chacha, which is what I used to call my vagina growing up. –IntrudingAlligator

Girl at the gas station was explaining her daughters name to the clerk. She named her daughter "Anesthesia". Spelled exactly like the doctor drug, but pronounced Anastasia like the movie. –garlong123 The next one is appropriate...for a dog...

Good for a dog

One of my colleagues is named Spike...a name which I have only ever thought of as being a dogs name... –Virtuix_

I was assisting a photographer during my son's picture day at his elementary school a couple years ago and there was a girl named Areola. All I could think was "why do the parents of this adorable little girl HATE HER??" –onetwo34fivesix7

Anfernee. I have a nephew named Anfernee, and I know how mad he gets when I call him Anthony. Almost as mad as I get when I think about the fact that my sister named him Anfernee. –oyeavocados

I used to work at a museum. There was a boy there, about ten years old, whose mom wanted him to stop climbing on stuff, so she started yelling at him. Here is his first and MIDDLE name: Cayson Corn. –isitafox

I know I'm a bit late, but an extended family member just named their daughter Heiress. I can't stand it –4outof5idiots Share this with someone who named their kid something great!