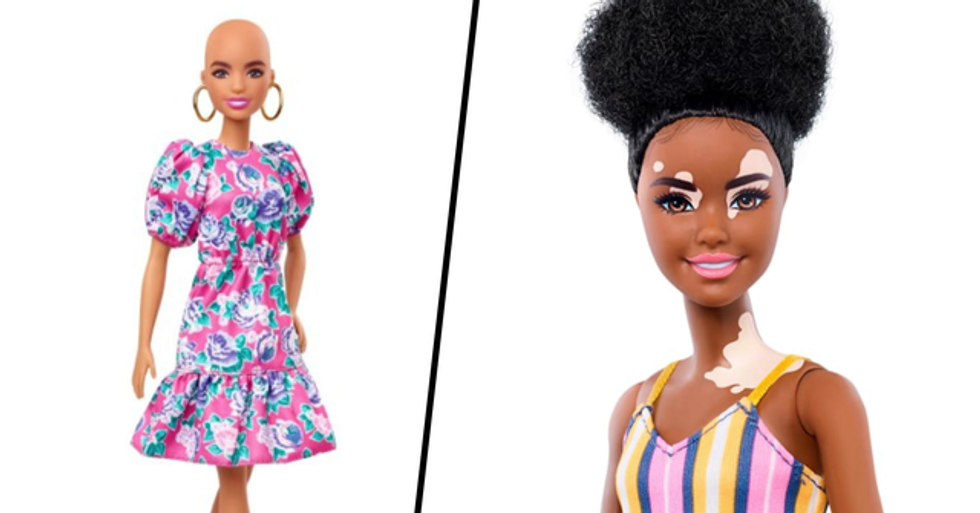 Despite being the most successful fashion doll in the world, our friend Barbie has long had an issue with diversity. The blonde-haired, blue-eyed look has been way overdone, and people have been calling for a more diverse range in dolls for years now.

But, in more recent times, the doll has had a diverse makeover, and there are now hundreds of varieties of the doll, all of which represent different types of men, women, and disabilities.

Barbie has a long, yet somewhat problematic history.

Queue the birth of Barbie.

And, as most of you will know, she was an instant hit.

People have been calling to see a more diverse Barbie.

Barbie is now available in a range of different ethnicities...

And a range of different, yet realistic, body shapes that represent all types of women.

The doll even caters to a variety of different religions.

And, last year, the first Barbie doll featuring a disability was unveiled.

This boost in diversity has proven to work wonders for Barbie...

And she isn't slowing down anytime soon.

This week, Mattel has unveiled even more versions of Barbie...

And they cover an even wider range of diverse looks.

They're simply beautiful, aren't they?

The new dolls represent an array of different women...

Including those who live with Vitiligo, the skin condition which causes patches of skin to lose their pigment.

There is also a doll that represents women who suffer from hair loss.

Whether it be those who suffer from alopecia, hair loss from chemotherapy, or just a hairstyle choice, women with no hair can now feel represented. Speaking of the Barbie with no hair, the company said: "If a girl is experiencing hair loss for any reason, she can see herself reflected in the line."

How amazing is this new diverse range of Barbie dolls by toy company, Mattel? I hope every Barbie fan adds one of t… https://t.co/JBmmoyF7pd
— Natalie Ambersley (@Natalie Ambersley)1580205042.0

And thousands of women have taken to Twitter to express their joy over the diverse new dolls.

So many more women will feel included with the new dolls...

And many have expressed how pleased they are that today's children will grow up with such amazing toys to look up to. Disabilities aren't the only things Barbie has been covering... Keep scrolling to read about the gender-neutral Barbie.