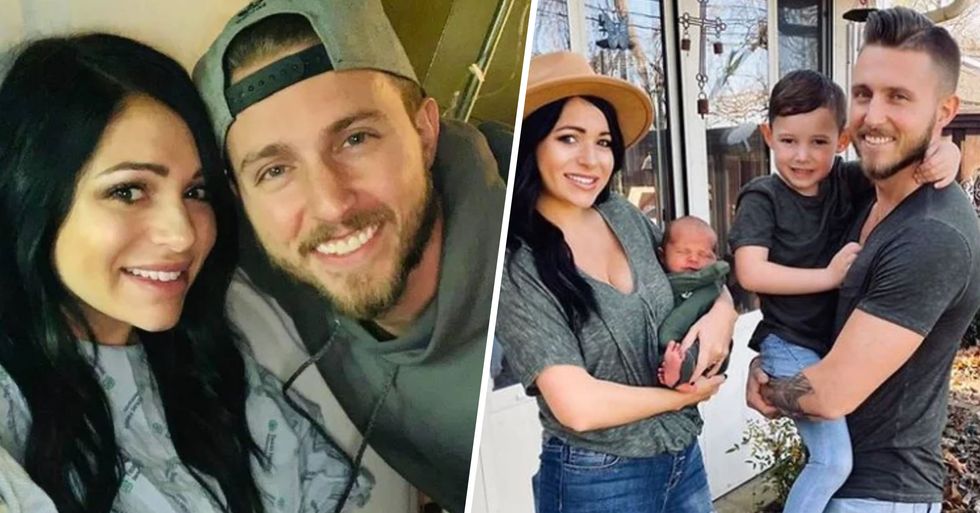 We all know that moms are basically superheroes, right? But one dad really summed it up in a totally amazing open letter to his son.

Having babies is one of life's purest joys.

There's nothing that quite compares to the love you feel for your children.

But that isn't to say it's easy.

Any parent will tell you it's one of the hardest experiences out there.

It helps if you're part of a team.

Being able to share the trials and tribulations of parenthood can take some of the pressure off.

It's nice to feel supported.

And one dad went above and beyond this week when showing the mother of his child how grateful he is.

This is William Battle and his wife, Lauren.

The pair recently welcomed an adorable baby into the world, who they named Roman.

His life as a dad has been infused with meaning.

Don't they make an adorable family?

And not only is William loving being a dad ...

He's also realized a newfound love for his wife, too.

"My life has been infused with a new purpose."

"Every day that he grows, my love for Lauren grows as well," he explained.

"One of the greatest things I can do for him is to love his mother with everything I have."

And William came up with a beautiful way to show this love.

He wrote a letter to his son...

But through speaking to his new child, he revealed to the world how much he loved his wife.

He knew a letter was the way to her heart.

"She feels the most loved through affirming words and so I try to not only tell her in person, but to write things that are truly meaningful to her."

What a beautiful message!

He believes the secret of good parenting is mutual respect.

"Both husbands and wives need to remember that without each other, their children wouldn’t exist."

"They owe it to each other to make sure that when they love on their children, they remember that the child represents the most beautiful possible result of their love."

"Therefore, their love shouldn’t die when their children are born, but instead, grow."

"Their children are a reminder to each other of their love for one another."

Which is a really refreshing way to look at this.

It's definitely a wonderful sentiment.

And it's clear the internet agrees - as the post quickly picked up steam and took off online.

Lauren truly is a lucky lady.

Many felt William had the right idea.

It's definitely a beautiful sentiment.

We're just glad it was shared with the rest of us.

And for another dad who has shown his respect for all his wife does, scroll on ...