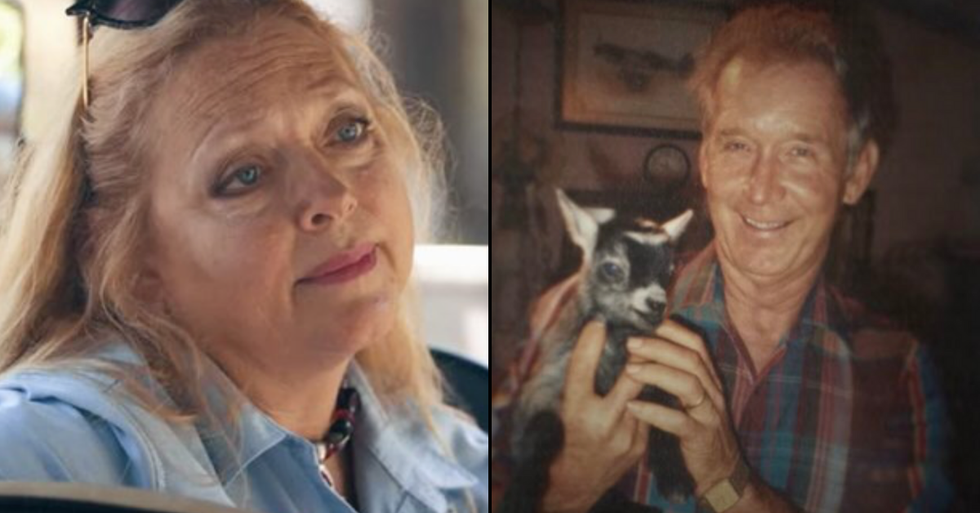 Now, a new project has been announced focusing on the case. Keep scrolling to get all the details, and to clue yourself up on the shocking mystery that has everyone scratching their heads...

Now, those wanting to get their detective hats on once more are in look...

Because a documentary focusing on Carole's missing husband has been announced today.

And is already being dubbed as the much-requested "sequel" to Tiger King.

ID will focus less on Joe Exotic and more on the unsolved mystery of Carole's husband.

The news was announced in a statement from the channel today. "Love her or hate her, Carole is now in the center ring of the big cat circus," ID said in the statement.

"Is she a selfless crusader and protector of animals, who found unimaginable strength despite the mysterious disappearance of her husband? Or are we witnessing Carole Baskin’s master plan finally take effect? Despite her claims of innocence, did she orchestrate the disappearance of Don Lewis to seize control of his fortune, consolidate power and lay waste to her foes? No one seems to be talking – except for one man – and that man is the center of ID’s upcoming investigative series."

The upcoming project is titled Investigating the Strange World of Joe Exotic...

And will show "the investigation you didn’t get to see, revealing the secrets only Joe knows, and the exclusive footage that has never been shown. “Viewers are understandably riveted by Netflix’s Tiger King, but the millions of true crime fans around the world were left wanting more," explained Henry Schleiff, Group President ID. “ID is the perfect place to find the inevitable sequel to this drama – featuring a missing husband, a hitman, and the illegal business of exotic animals. It's time to let the cat out of the bag and address the lingering questions that viewers demand be answered."

So, when will it be airing?

Sadly, there's no premiere date set just yet, although we imagine ID will want to be getting this out ASAP... In the meantime, if you're looking for something to fill that Tiger King void in your life, keep scrolling to check out everything coming to Netflix this month.