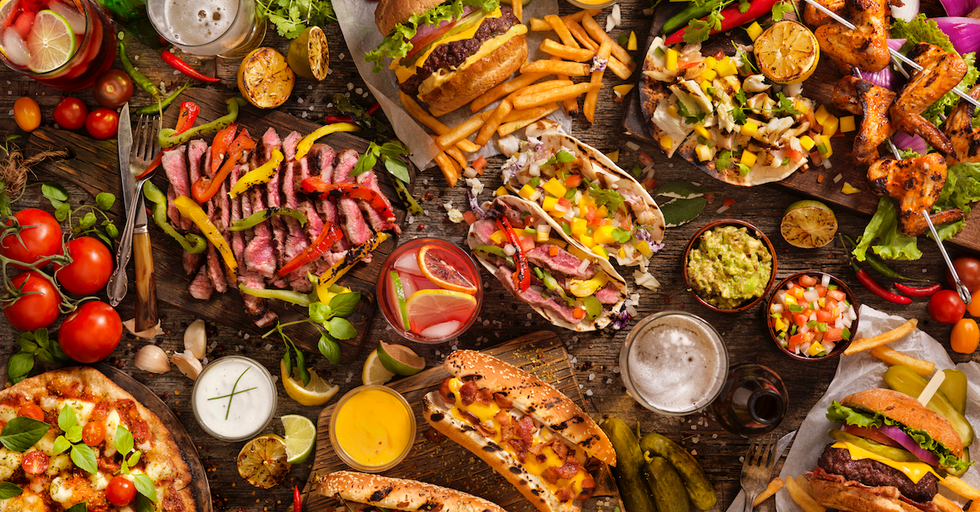 New Drug Could Let You Eat Anything Without Gaining Weight

That sounds like a dream come true, right? A balanced diet is always the best way to go– but what if indulging cost you nothing? It may well be a possibility in the future, thanks to a group of scientists and researchers. An experiment with mice has now become a potential breakthrough in weight loss for humans.

Just imagine it! All those delicious foods we feel guilty for eating, but with none of the consequences. It all comes down to one gene that, as it turns out, it may be making it too easy to gain weight. So keep reading to get the full story on this fascinating story. We may not have the means for this right now, but now there's a concrete hope for the future!

So here’s a crazy concept:

What if you could eat anything, without gaining weight? I know, it sounds impossible– but scientists may have found the answer.

It seems too good to be true.

A lot of people wish they could eat any food without also taking in fat—especially with the holiday season arriving.

And no, this isn’t some miracle weight loss pill.

We all know the detox teas and weight loss products are as unhealthy for us as anything. We’re talking here about something that, currently, is just a concept.

Scientists stumbled across this while attempting to make mice morbidly obese. But the mice wouldn’t gain weight!

Before trying to fatten the mice, they disabled a single gene known as RCAN1, thinking it’d speed up the process.

But that’s not what happened.

Instead, when the RCAN1 gene was disabled in mice, they were able to eat high-fat foods for long periods of time without taking on the fat.

Scientists are hoping to take a similar approach on humans, and from there, to develop a pill that could fight obesity.

And there are plenty of medical reasons to combat obesity.

Being overweight in turn increases a person’s chances of disease related to obesity, including type 2 diabetes, heart disease, stroke, and 11 types of cancer.

In short, it can be a killer.

According to the World Health Organization, heart disease was 2016’s biggest killer. While strokes came in second.

The statistics are grim.

Together, the two leading killers were responsible for 15 million deaths around the world. Heart disease and stoke have also been the leading cause of death worldwide for the last 15 years.

This research could really help people.

“We know a lot of people struggle to lose weight or even control their weight for a number of different reasons. The findings in this study could mean developing a pill which would target the function of RCAN1 and may result in weight loss," said the study’s lead author, Professor Damien Keating of Flinders University.

So, why does disabling this gene work?

RCAN1 is a feedback inhibitor for all kinds of metabolic processes, as well as the production of body heat.

“Non‐shivering thermogenesis" (NST) enables the body to expend calories to make heat, instead of storing them as fat. This study refers to NST as “an effective way to combat obesity and metabolic disease."

So, when RCAN1 is disabled, the mice’s metabolism was basically super-charged. They burned up calories so fast that they became resistant to weight gain.

Damien Keating had another description for it.

Our bodies carry two types of fat: white fat, and brown fat. White fat is the stuff you think of when you hear the term "body fat." It stores energy, while Brown fat contains cells with mitochondria that burn energy and produce heat.

We tend to lose brown fat as we age.

And in addition to that, obese individuals and those with diabetes have even less brown fat.

Damien noted the two big alterations in the mice.

“Removing RCAN1 had two major effects," said Damien. “It reduced the storage of fat in dangerous areas around the belly, for example. And then in muscle it actually [caused] muscles to burn more calories at rest."

After all, we wouldn’t evolve with the gene for no reason. The study’s authors explained that, back during times when food (and therefore calories) wasn’t readily available, it was important to have an inhibitor that kept the calories from being burned.

Now, however, it can cause problems.

Our modern society now has food, and calories, in plentiful supply. That often means that too much fat is being stored, and not enough is burned away.

According to researchers, “These adaptive avenues of energy expenditure [such as RCAN1] may now contribute to the growing epidemic of obesity."

Scientists did their research to back up this point.

"We looked at a variety of different diets with various time spans from eight weeks up to six months," said Damien, “and in every case we saw health improvements in the absence of the RCAN1 gene.  “Mice on a high-fat diet that lacked this gene gained no weight."

Needless to say, this news was received with great interest.

Mice who had the RCAN1 gene blocked, not only did not gain weight—they also gained improvements to their health. Sounds promising for humans!

The research into this will be ongoing.

The National Health and Medical Research Council has officially provided funding to “continue to explore viable options," and expand the research.

“These results show we can potentially make a real difference in the fight against obesity," he said.

In the meantime, drugs are being developed.

And here’s what they’d do: “In light of our results, the drugs we are developing to target RCAN1 would burn more calories while people are resting," Damien explained.

Damien added, “It means the body would store less fat without the need for a person to reduce food consumption or exercise more."

Can you imagine that?

Plenty of us have dreamed of some utopian future where we don’t have to diet or exercise, but remain healthy. This possibility really is where science fiction meets real life!

But of course, in all of this, a balanced diet remains key.

Even in a future where this research becomes a tangible product, a balanced diet is still best for our overall health. Nevertheless, this could be a breakthrough tool for people with conditions that make losing weight difficult. Find this story fascinating? Share the news of this discovery with your friends!