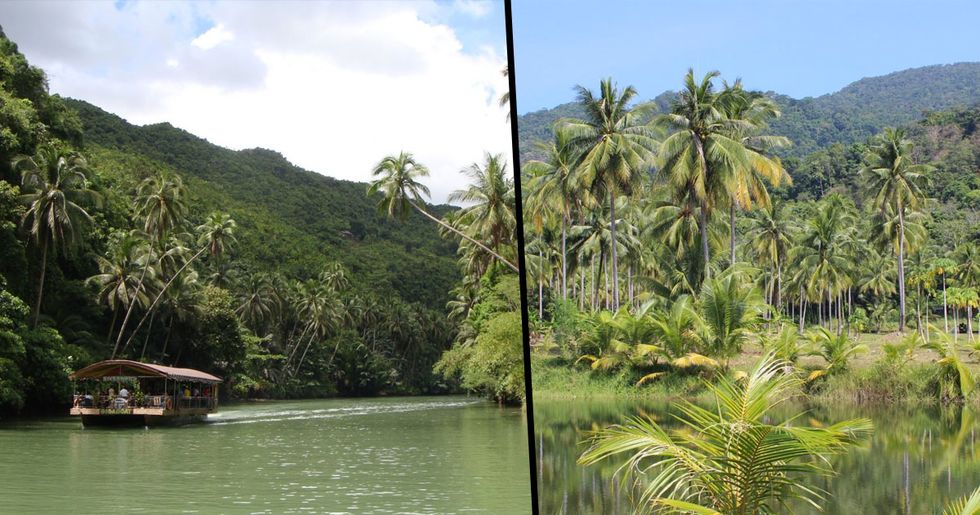 One of the most talked about topics today is the state of our planet.

The human race hasn't been very kind to the planet, and we are finally starting to notice the side effects. The Ozone layer has cracks in it, over half of the Great Barrier Reef has died and different animal species are going extinct up to 10,000 times faster than the natural rate.

Asia is one of the most severely affected continents in the world.

And the Philippines alone has seen some of the worst cases of deforestation, with their total forest cover dropping from 70 per cent to just 20 per cent in the 20th Century. This has caused the extinction of several species of animals and has increased the risk of floods and landslides.

But change is happening.

In an attempt to combat the effects of deforestation, the Philippines is bringing back an ancient tradition that will help to restore the damaged land.

A new Filipino law has been passed.

This new law formalizes the old tradition of planting at least ten trees each upon graduation from elementary school, high school and college.

The Magdalo Party introduced the law.

The trees will be planted in an array of different areas.

Each student will be required to plant at least ten trees before they can graduate. According to CNN Philippines, as well as being planted in existing forestry, trees will also be planted in mangroves, military compounds, urban areas and abandoned mining sites. The aim is to regrow as many new trees in as many different areas as possible.

And the trees will be carefully selected for each different location.

One of the main requirements of this law is that each tree must be planted in a suitable location and climate for its own growth and living requirements. Indigenous species of tree will, of course, be given priority over others.

Several government agencies will also play a part in the new law.

The Department of Education and the Commission on Higher Education will be responsible for the seedling and site preparation, the monitoring and evaluation and the technical support.

And not forgetting the security...

These government bodies will also be in charge of providing fire-protection amenities, medical support and safe transportation. No one's deforesting on their watch!

What are the benefits of the re-plantation of all these trees?

As trees grow, they absorb greenhouse gases such as carbon dioxide from the air, soak it into the soil and release it back into the atmosphere as oxygen.

And these greenhouse gases are the primary cause of climate change.

Without the help of trees absorbing these gases, our climate has steadily been increasing in temperature over the years, resulting in catastrophic damage to the planet.

The government hopes that this new law will educate the younger generation on the importance of these trees.

Gary Alejano explained, "In the course of one generation, no less than 525 billion can be planted under this initiative. Even with a survival rate of only 10 per cent, this would mean an additional 525 million trees would be available for the youth to enjoy, when they assume the mantle of leadership in the future."

Despite the worrying survival rate, it is insanely important to implement this new law now.

By planting these trees from an early age, the next generation will, hopefully, learn about, and acknowledge, the importance of them from an early age. This will hopefully provide some hope for the future of our planet.

Work has already begun to repair our planet.

The Philippines aren't the only country making big changes. Last year, Norway became the first country to fully ban deforestation and make it a criminal offence. And by committing to zero-deforestation, Norwegian lawmakers will not work alongside any companies that still use the method.

And it doesn't have to be whole countries that make a difference.

Individuals can make a huge impact, too! You can do your part in the repairing of our planet, whether it be planting your own trees or simply cutting down on your plastic use. Every little helps.

A Brazilian photographer and his wife have steadily replanted over 2 million trees. Puts you and your other half to shame, doesn't it?