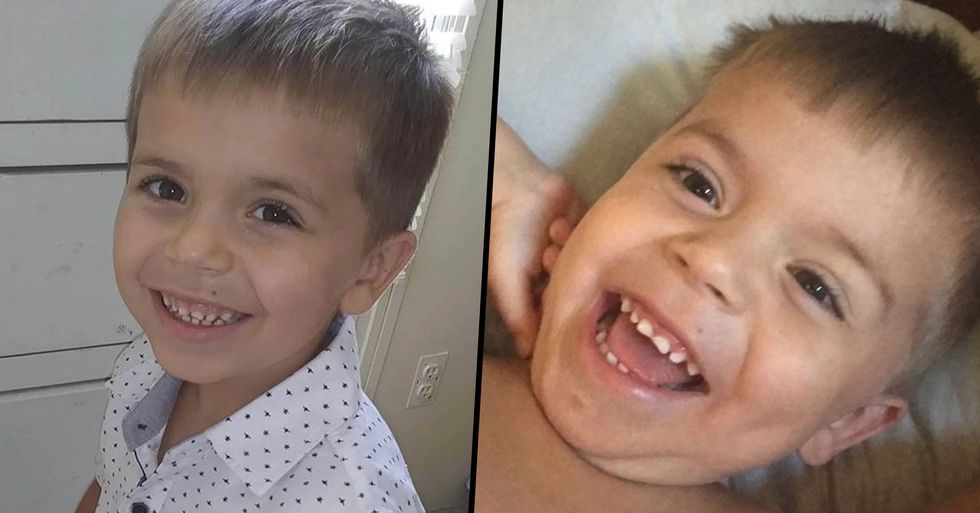 The tragic death of 5-year-old Cannon Hinnant has left everyone in shock, with most left questioning the laws on owning firearms here in the US.

One disgusting comment left by a state trooper surrounding Cannon's murder shows that our justice system needs to change too.

And has become commonplace here in the states.

The most recent fatal shooting of a young boy proves that something needs to be done to change the laws surrounding firearms.

And those in charge of our criminal justice system, as one state trooper shared a disgusting comment about the death of Cannon Hinnant.

Cannon Hinnant, was found shot in the head at close range.

And even though Cannon's funeral took place on August 13th, the donations just continue to pour in, with more than $700,000 raised for the family.

Most supported Waddell's plea for justice, however one sick comment has seriously backfired...

A New Jersey detention officer took to Facebook in response to an article surrounding the boy's murder, commenting that he “should’ve ducked."

Rome Smith, who works at the Cumberland County Juvenile Detention Center has since been suspended.

His comment seemed racially charged and downright disturbing on all levels.

“He should’ve ducked," Smith wrote. “Y’all always trying to sneak diss and discredit a black person being killed innocently by police. Blame cannon’s parents for not watching him!!! F Y’ALL."

County officials confirmed he had been suspended and branded his comments as “shockingly insensitive and racist in tone."

People feel like he should get a harsher punishment for his actions considering his position.

“We will not tolerate county employees using social media to broadcast hateful messages," Cumberland County Director Joseph Derella said. “This is not who we are and we intend to pursue the strongest action available to us."

People suggested that someone should “let his workplace know" about his comments and how he feels about the death of the 5-year-old.

“He is obviously racist against Caucasians," one post read.

“He laughed at a 5-year-old boy being executed."

Meanwhile, Hinnant - the boy's father - has dismissed claims that race played a factor in the shooting.

“This is no racial issue," Hinnant said.

While no motive has been found Sessoms’ parents said they suspect their son had taken drugs and was hallucinating during the shooting.

Cannon was laid to rest at the funeral on August thirteenth. Keep scrolling to find out what Trump has to say on the death penalty...