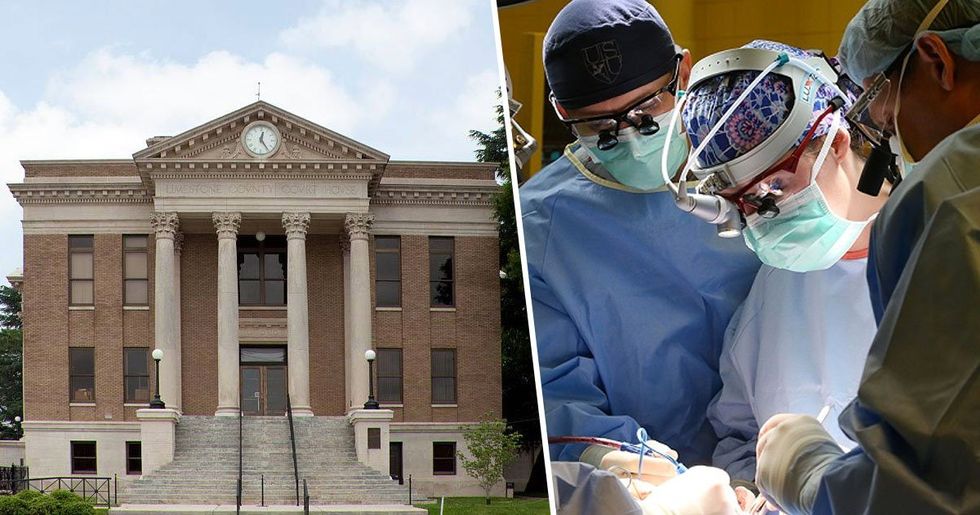 New Law Won't Let Pedophiles out of Jail Unless They're Castrated

When it comes to protecting our children, we all go to the ultimate lengths to make sure that they are happy and safe.

In today's society, however, there are still individuals out there who are a great risk to the health and safety of our little ones. It's hard to believe that in a day and age such as the one that we are currently living in, there are people out there who willingly go out to harm children.

In the case of those who have been "rehabilitated" and have served their time for the crimes that they have committed against children, sometimes the time served just isn't good enough for victims and their families, which is why this new law has been put in place...

It was passed by Alabama law makers.

The new law that has been passed in regards to the release of child sex offenders carries huge consequences for those who have committed these crimes.

The condition of their release?

Alabama lawmakers have passed a bill that ensures that, once a child sex offender has served their time, they will have to undergo chemical castration before their release back into society.

The bill requires the state governor's signature before it becomes a law.

Also known as HB 379, the bill will not officially become a law until the signature is obtained by the State Governor. Under these proposals, the criminals will have to provide the bill for their own castration; it will not be provided for them.

But what exactly is chemical castration?

Chemical castration is done via anaphrodisiac drugs - a form of medication that reduces libido - and, despite the process being reversible, it has been found to have long-lasting chemical effects in the body.

An extreme, but fair, measure.

This drastic measure will force pedophiles who have targeted children under the age of thirteen to undergo this procedure, which would put an end to their sexual urges, and, it has to be said, if it will prevent these horrific crimes from happening again, so be it.

And for those who refuse?

If an offender refuses to have the treatment before their release, it will be considered a violation of their parole and they will be kept in jail.

The reasoning behind this proposal...

Republican State Representative, Steve Hurst, told CBS42: "They have marked this child for life and the punishment should fit the crime".

Speaking to WIAT-TV, Hurst went on to say: "I had people call me in the past when I introduced it and said, 'don't you think this is inhumane?' "I asked them what's more inhumane than when you take a little infant child and you sexually molest that infant child when the child cannot defend themselves or get away - and they have to go through all the things they have to go through?"

"If you want to talk about inhumane - that's inhumane".

It seems like Steve Hurst has made a pretty good point behind the reasoning of his decision.

This is not the first state to employ the method.

States such as Texas, Wisconsin, Oregon, Montana, and Iowa have been known to use chemical castration in the past for cases such as these.

There have been critics, however...

Critics have previously suggested that the Eighth Amendment of the US Constitution, which bans "cruel and unusual" punishments, forces chemical castration into a legally unstable area.

Alabama attorney, Raymond Johnson, is one of these critics.

Johnson explained his opinion: "It is an unusual and cruel punishment for someone who has already served their time, and it is a lot for them to serve the rest of their life as a castrate".

These critics are only a small percentage compared to those in favor of passing this law, however. The majority are backing the decision to inflict a lifelong punishment on those who truly deserve it.

Getting the punishment that they deserve.

Sometimes, jail time just isn't enough for the crime that has been committed. When the crime affects another life, particularly that of a child, the punishment needs to be drastic.

People need to know that they're safe.

Our children deserve the best, and if that means a huge sacrifice on the part of the individual who has hurt them, so be it.