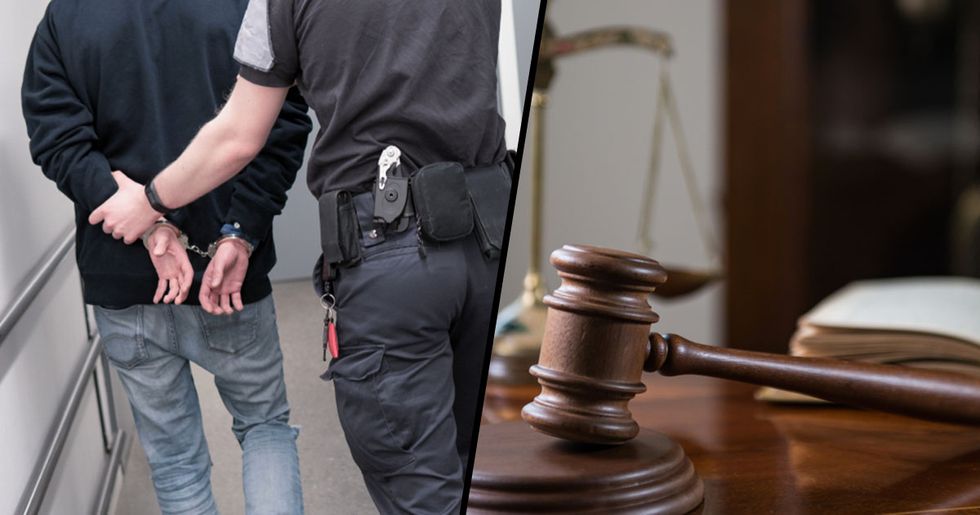 There is a world-wide debate over how convicted sex offenders and those guilty of child sex crimes are punished when found guilty of their crimes.

Many believe that pedophiles get off lightly when it comes to being punished, and many are often released back into society only a few years after being convicted.

Australia is the most recent country to put their foot down when it comes to letting sex offenders off lightly by threatening convicted pedophiles with life in prison. Keep scrolling to learn more...

When it comes to punishing convicted sex offenders...

It needs to be done in a way that enables the person guilty of their vicious crimes to realize the extent of their crimes.

Justice must be served for the victims of the crimes...

Children who are subjected to abuse at the hands of these sick individuals face a life of hardships and stress in the aftermath of this abuse.

Survivors of child abuse "grow up hating themselves..."

The Guardian spoke to Sabah Kaiser, who was sexually abused by 3 different men when she was just a child. "I was a bad child... I was doing something wrong," she said of how the abuse made her feel as a child.

The abuse has left long-term effects on Sabah's life...

She began rebelling in school as a teenager, and, when she fell pregnant at nineteen-years-old, she suffered massively from post-natal depression. "I could barely touch him; I couldn’t breastfeed him because I felt that every time I did, I was abusing him. I loved him so much, there was this fear that I was going to hurt him because there was something wrong with me."

Sabah has been in and out of abusive relationships...

Adult survivors are, she says, vulnerable to predators because of their desperation to be loved: “I don’t think it ever stops shaping you. Just the impact is different."

The people who inflict this abuse on children and young people deserve to be punished.

But there are many laws around the world that give pedophiles and sex offenders relatively small sentences, and many are often released to be "rehabilitated" soon after their convictions.

There are some countries who take these punishments to the extreme, however...

Ukraine passed a law earlier this year that gives pedophiles a condition upon being released - to either be chemically castrated or to remain in prison for the rest of their lives.

The castration would lower libido significantly...

And it is believed to help convicts control their sexual urges which will ultimately stop them from reoffending and hurting more innocent children.

There are also several states here in America that allow chemical castration...

These states include Alabama, Georgia, Iowa, Louisiana, Montana, and Oregon.

But, sadly, many laws permit the release of pedophiles after a short sentence.

Take, for example, the case of Kyle Sweet, the nineteen-year-old from the U.K. who was convicted of grooming young girls online. He didn't physically meet these girls, but he was acting in an extremely inappropriate and predatory manner.

He was spared jail...

The judge took his turbulent background into consideration and spared the young man jail as it would be "too difficult" for him which, naturally, caused outrage.

One country has decided to finally put their foot down when it comes to convicting pedophiles...

The Australian government is set to propose laws that would introduce much harsher sentences for pedophiles and sex offenders.

These criminals will not be let off easily...

It has been reported that the new legislation, which will be introduced to parliament next week, will make it much harder for pedophiles to get bail or parole when serving time in prison.

The statistics of pedophile convictions are shocking...

The Australian government has made claims that nearly 1 in 3 offenders are not being locked up at all, and the average sentence for a child sex offender is around eighteen months.

The lives of the victims have been heavily taken into consideration...

Christian Porter, who is the attorney-general, said in a statement: "It simply beggars belief that nearly a third of all child sex offenders who were sentenced last year were not required to spend a single day behind bars, despite the devastating and life-long impacts that their crimes have on their young victims and their families."

"And when jail terms were handed out, the average length of time that offenders spent in custody was just eighteen months," he went on to say. "These changes will ensure that a jail term becomes the starting point for all child sex offenders, including a new life term for the worst offenders."

These changes would also stop judges and juries from taking a convicts' previous character into account...

Home Affairs Minister Peter Dutton spoke to 7 News: "It's not a silver bullet, but it sends a clear message of deterrence." "We need to be realistic about the threat and we need to lock up those people that are doing the wrong thing."

Dutton expressed that it doesn't matter who the person is or how wealthy they are...

"The message we are sending to pedophiles is that it won't matter how good their lawyer is, a prison cell will be waiting for them when they are convicted," he went on to warn.

This comes just months after Dutton announced that he wanted to introduce a "national database" of pedophiles...

He announced this news in January of this year, saying that it would be "publically available" and hosted by the Australian Criminal Intelligence Commission (ACIC).

It has been made clear that Australia is not tolerating these sickening crimes, so why should the rest of the world?

"It will send a clear message that Australia will not tolerate individuals preying on the most vulnerable members of the community - our children," he said.
"The abuse and exploitation of children is a global epidemic that is becoming more prevalent, more organized and more extreme." Australia is taking a positive step forward when it comes to dealing with criminals such as pedophiles, so it's only a matter of time before the rest of the world also gets on board.