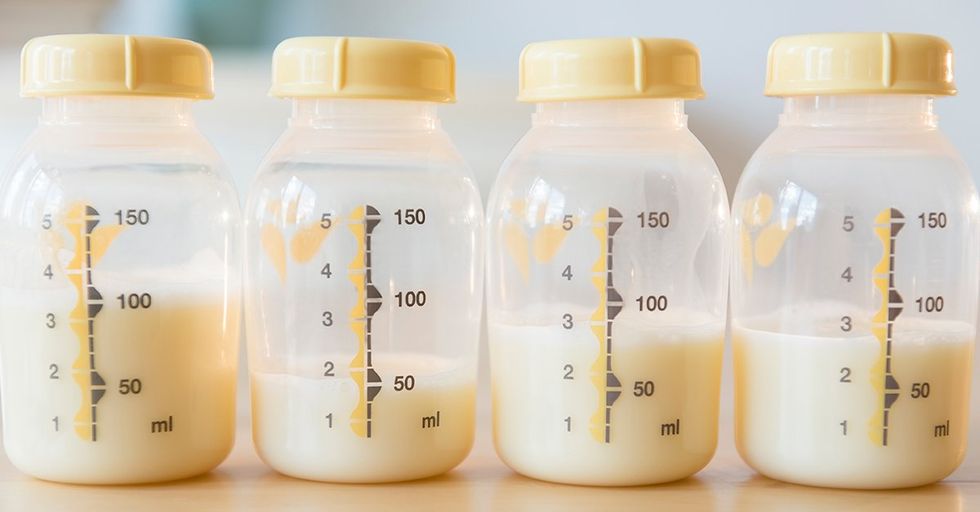 Bodybuilders and people who focus on gaining muscle have to take their diet incredibly seriously. I mean, have you seen how much sushi The Rock eats for his cheat meals? It feels almost inhuman. In what world can I please eat that much sushi?

Muscle building takes dedication. I'm a gym person and enjoy working out 5-6 days a week, but bodybuilders and people shaped like Chris Hemsworth take physical fitness to a whole other level. They have to be aware of every single thing they put in their body, and exactly how many grams to eat. Not to mention all of the protein shakes they're probably chugging. It seems like it'd be great to have that high of caloric intake, but honestly, it exhausts me just thinking about how much these guys eat to stay ripped. Factor that in with aging and the natural wear and tear of a body, and you realize that bodybuilding has to be taken seriously in order to be healthy.

It's not surprising that bodybuilders likely try new things when it comes to helping them gain muscle, but this might be the weirdest: new moms are making a load of money selling their breast milk to bodybuilders online.

Milk does the body good.

We're told from a young age that if we want to be strong, we should drink milk. I don't remember the last time I drank real milk (almond milk all the way!), but I can't ignore the facts that milk does benefit the body.

According to the Food and Agriculture Organization of the United Nations, a 250 ml glass of milk can give a 5 or 6-year-old about 48% of the protein they need.

Milk also gives kids about 9% of the calories they need, as well as vital micronutrients.

For us adults, drinking milk provides us with calcium, selenium, magnesium, riboflavin, vitamin B5 and vitamin B12.

Breast milk, however, is on another level. Some people refer to breast milk as "liquid gold."

It provides babies with all of the nutrients they need.

Can we stop for a moment and just sit in awe of the fact that a body produces this glorious substance, that literally keeps infants and babies alive? Our bodies are dang miracles.

Did you know that breast milk is, in fact, a living substance? Yep, breast milk is alive. It has live cells which then go on to grow into brain, heart, bone tissue or kidney, according to the breastfeeding company, Medela.

Breast milk has antibodies and live white blood cells that can actually help babies fight against infections. When your baby (or you) is sick, these cells in the breast milk increase.

Breast milk changes along with your baby.

This is why breast milk is so fascinating: it literally changes for whatever your baby needs as they grow. Breast milk is smart, y'all.

Breastfeeding benefits moms just as much as it benefits babies.

Babies, obviously, benefit the most from breastfeeding.

The first milk a mother produces is called colostrum. Colostrum has special proteins in it which cover your baby's intestinal tract, protecting them from bacteria that could harm them, Medela reports.

Because of all the benefits of breast milk, there are some pretty wild notions regarding it...

For one thing, I can bet you that those of us who were breastfed have absolutely zero recollection of it, nor do we ever think about it.

But there are some people out there who are grown adults and believe they could benefit from other people's breast milk.

Yes, this is true. People are spending tons of money trying to get other people's breast milk. Why, you ask?

For them gains! Here's a demographic you probably didn't think was interested in breast milk:

Bodybuilders and weightlifters. But why in the world are they interested in buying someone's breast milk online?

According to Muscle and Fitness, one woman made $6,000 selling her breastmilk online to a bodybuilder.

Here's the thing: when you have an "oversupply" of breastmilk and you don't pump, it can really be uncomfortable and painful for a mother. Sometimes, women will sell their excess breastmilk to other mothers who have trouble nursing.

But a whole new clientele has come into the picture.

Lamprou also said that she then got requests from men with fetishes.

According to the New York Post, Lamprou has sold over 132 gallons of milk to complete strangers. "My husband is so supportive of me," she explained. "I am not sure how much longer I will carry on for."

But why do bodybuilders, in particular, think that breastmilk is good for them?

Apparently, the men who buy the breastmilk think that it's good for building up their muscle mass. Hmmm.

According to the USDA, breast milk is roughly 87% water, seven percent lactose, 3.8 percent fat, and one percent protein... But remember how the nutritional value of breast milk changes along with the needs of the baby?

So, really, there's no point for an adult to drink breast milk.

It's simply not meant for adults. Muscle and Fitness points out that a serving of milk or soy milk contains about eight grams of protein. That's way more ideal for somebody trying to build their muscle mass.

It's just not worth it.

"When you actually look at the nutrition facts, that’s not a lot of protein for a grown man," NYC-based fitness expert Chris Ryan, CSCS, CPT explained to Health.com.

It literally goes for around $1/ounce online. That's way too much money for something that isn't meant for you.

Breast milk is amazing for babies and not-so-great for adults.

"Technically, there hasn’t been research on grown-ups drinking breast milk, but Mother Nature has already done the study," Ryan says. "Children are eventually weaned off breast milk. You don’t see adult animals in the wild going back to their moms to suckle."

Plus, there are a ton of other, much better options for adults.

If you're looking to gain muscle mass, save your money from purchasing a stranger's breast milk and instead look for a grass-fed whey protein, according to Health.com. These protein powders have about 20 grams of protein per scoop.

That's how you get swole, brah.

Here's another reason to not buy a stranger's breast milk: you really have no idea where it's coming from. You don't know about the cleanliness of the pumping instruments, and you don't know if the mother has been screened for infectious diseases.

The breast milk can also be contaminated.

The risk isn't worth the tiny amount of protein an adult could get from breast milk.

Let the babies have the breast milk!

If you want to gain muscle mass and bulk up, you're better off finding a good protein powder that works for you, changing up your workout and focusing on your diet.

Think of all the money you'd save, anyway. Breast milk is expensive, y'all.

There's no denying that breast milk truly is "liquid gold" for babies.

But for bodybuilders? Stick with the protein shakes.

Focus on your gains and less on a way to purchase breast milk from somebody you don't know. Share this with a friend who is obsessed with learning strange facts!