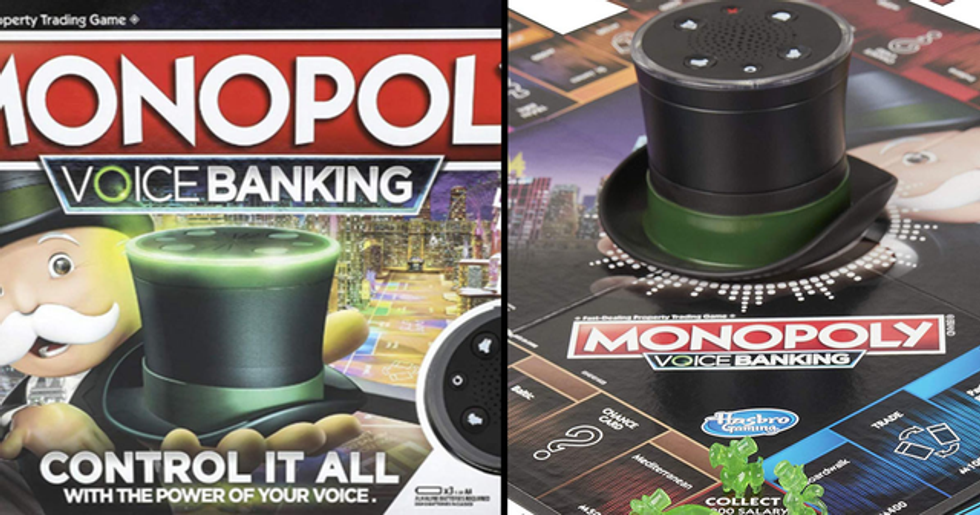 Everyone knows somebody who’s guilty of stealing during a game of Monopoly. Yes, tag them.

For those who’ve tried to avoid paying rent on Park Lane and Mayfair (guilty), this is the game for you.

The latest edition has taken things a step further by introducing an AI element that hasn't been seen before. Rather than relying on your shifty looking uncle to take control of the bank, you can set up a robot - and your temporary enemies will be physically unable to cheat.

If fairness is something that's important to you when it comes to your Monopoly experience, this could make all the difference.

This year, Hasbro is releasing a special "cheaters" edition of the famous board game.

Jonathan Berkowitz, senior vice president of Hasbro, told Insider: "A recent study conducted by Hasbro revealed nearly half of game players attempt to cheat during Monopoly games, so in 2018, we decided it was time to give fans what they’ve been craving all along – a Monopoly game that actually encourages cheating." The object of the game is still to be the player with the most money at the end of the game. But the rules can be bent. In this edition, players can get away with cheating as many times as they like during game play – sounds reasonable. It means that players can skip extra spaces after rolling the dice to avoid squares that they don’t want to land on, they can actively try to avoid paying rent, and slip a few extra bills from the bank when no one’s looking.

As well as the standard Community Chest and Chance cards, the Cheater’s Edition will also come with fifteen cheat cards.

At all times in the game, there will be five cheat cards in the middle of the board, which players can try to fulfill.

Here’s a list of some of the cheats in the game:

1. Stealing money from the bank. 2. Placing a hotel on one of your pieces of property. 3. Removing a hotel from someone else’s property.

4. Taking an extra $100 in Monopoly money from the bank when you pass go.

5. Moving another player’s token instead of your own on your turn. 6. Giving someone less money than you owe them. 7. Collecting rent for someone else’s property.

The newest edition has a surprising figure to take charge.

Your new Monopoly boss? An electronic top hat, who sits in the middle of the board and keeps tabs on each and every one of the players.

If you don't believe us, here it is.

The hat is in charge of all your usual Monopoly interactions. This means that it's there to help you pay rent, make purchases, take Chance cards, and more.

Oh, and there's another big update.

There's no more cash in the new Monopoly game. Which, since we essentially live in a cashless society, we guess kind of makes sense...

But there's one big downside!

No more playing with stacks of cash - and no throwing all your money in the air when you win!

The new game comes with some other differences, too.

The game promises to be quicker to play - which many of us will agree is a very good thing. Spending a whole day rolling dice for the privilege of handing money to a smug relative isn't always the best fun.

It may be that this new edition is trying to be more like a video game.

And it seems like the top hat is more than just a scorekeeper.

"The iconic Monopoly top hat is voice-activated and the personality of Mr. Monopoly really shines as he handles all of the transactions. He keeps tabs on players' money and properties so there's no cash or cards to think about. Talk to Mr. Monopoly and he responds."

This also means another thing.

There will be no more angrily flipping the board, because the information will still be stored. "Press your TOKEN's button and say, 'Buy St. James place.' Mr. Monopoly will track The transaction, keeping the game moving."

Here's the full board for your perusal.

We have to say, it looks pretty fun! Plus, not having to fiddle with cards and paper money will probably make the setup much faster - and the cleanup far easier.

The game costs under $30 and could be a great way to get the kids of today into the wonderful world of board games!