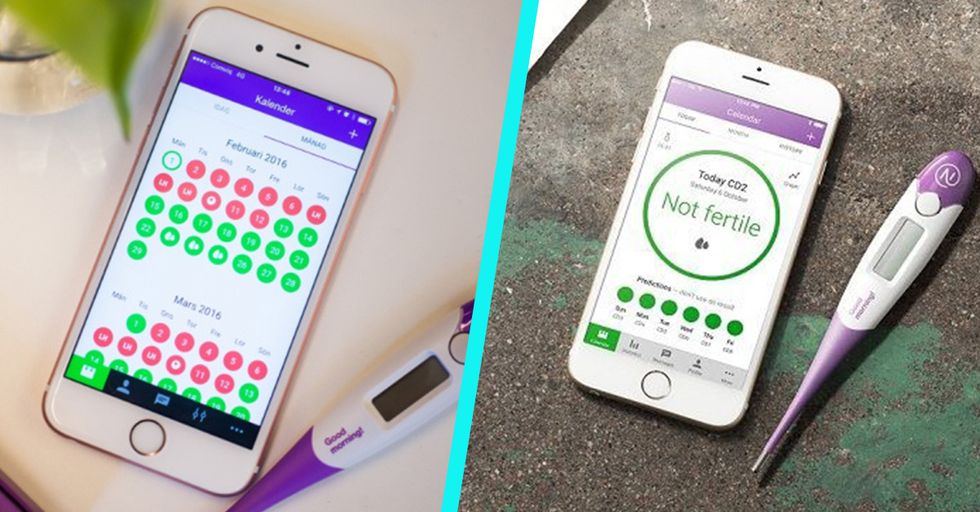 Hi, welcome to 2018 where apps do everything. While this isn't surprising, since there is an app for literally anything you can imagine, it's still disarming to know some people rely 100% on apps. Sure, we rely on them to take us from one destination to the next. We rely on them to deliver us In & Out at midnight. We rely on them to keep us from getting pregnant.

Wait--pause. Record scratch, hold the phone, etc. About that last one. Yes, you read it right:

There's an app that is a form of birth control and spoiler alert: it's faulty!

'The Natural Cycle' is an app that tells women when they're fertile.

Contraceptive app hit with complaints after being blamed for 37 unwanted pregnancies https://t.co/mvXCH9t9dE https://t.co/Bl4Z7pZgNR
— The Verge (@The Verge)1516106665.0

Apparently, the app has an algorithm that can inform you of this data. There's also been 37 unwanted pregnancies from women who use the app.

The Verge reports that 37 women visited a Swedish hospital seeking an abortion after they became pregnant using the app. We're guessing the app is not going to get good reviews in the app store.

The app measures a bunch of factors in determining whether women are fertile or not.

It takes into account things like a woman's body temperature in order to figure the facts out. The reason why it's so tempting is because unlike other contraceptives, it has zero side effects. You know, because it's an app.

Which, yes, sounds like a great idea in theory.

But in reality? Not so much. The company gave a statement which said, "No contraception is 100% effective, and unwanted pregnancies is an unfortunate risk with any contraception. Natural Cycles has a Pearl Index of 7, which means it is 93% effective at typical use, which we also communicate."

The statement claimed that the media reporting is a little out of context.

"At first sight, the numbers mentioned in the media are not surprising given the popularity of the app and in line with our efficacy rates. As our user base increases, so will the amount of unintended pregnancies coming from Natural Cycles app users, which is an inevitable reality," the statement read. So how many people use the app?

That's a lot of women depending on something completely digital to keep them from getting pregnant. Anybody else think this is an insane idea?

The aim says younger users should maybe consider a different from of contraception.

@lowengrip @NaturalCycles Can this statement seen as evidence that you are stating the 37 pregnancies reported by S… https://t.co/ZKBYUu1Q9K
— Ellie (@Ellie)1515679015.0

Or maybe just anyone? Sure, it's probably a nice supplemental app to know when you're fertile, but it shouldn't be the only thing keeping you from getting pregnant.

Of course, despite the 700,000 that are using the app, plenty of people are skeptical.

As one Twitter user simply wrote..."#ROFL". Yes, we're all rolling on the floor laughing. Until an unwanted pregnancy pops up.

Other people are quick to point out the discrepancies with the app and evidence that it works.

"Well I'm shocked that this app promoted by Instagram influencers, which claims to replace actual contraceptives, and was warned against by every sexual health nurse I interviewed a year or so ago may have led to unwanted pregnancies," one Twitter user posted.  We're all shocked.

Let's hope that those 700,000 people using the app aren't using it as the sole replacement for contraceptive. Maybe we should trust medical professionals a little more than apps?