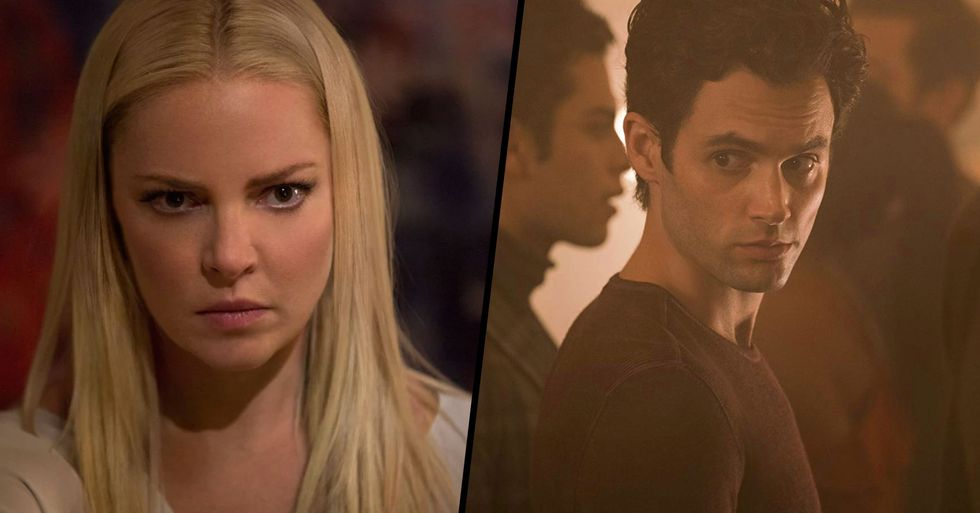 New Netflix Thriller Is 'Even Creepier' Than 'You'

Most of us have already eagerly binge-watched You season 2 since its long-awaited drop on boxing day.

Now that we'll no doubt have some time to wait for a third offering, those who are desperate to fill that You sized void in their lives are in luck, as Netflix had added a new thriller that not only looks very similar to the hit series but is said to be even creepier than watching Joe Goldberg do his whole stalker thing.

Keep scrolling to see why the new movie has got viewers even more freaked out than You.

On boxing day, we finally got to get our teeth into You season 2.

After first hitting screens in 2018, the show was an instant hit with fans, with many eagerly awaiting a second offering.

Our prayers were answered last month...

We got to see the creepy Joe Goldberg obsesses over another unlucky love-interest, and viewers lapped it up.

Most avid fans have well and truly binged the second season.

It may have only recently hit screens, but viewers couldn't wait to dig into the stalker-related spectacle.

After that epic twist, viewers have been begging for a third season.

In fact, the final twist in season 2 has left some viewers with a pretty terrifying theory. Read all about it at the end.

It's safe to say many fans are in a full-blown Joe Goldberg induced frenzy.

In fact, some said the second season was even more terrifying than the first.

For those desperate to fill that You sized void in their lives...

Netflix has come to the rescue.

It's no secret that the streaming giant is on its a-game when it comes to its thriller and horror releases.

From creepy true-crime to the latest horror fest, Netflix knows how to hook us in.

As we head into the new year, the streaming giant is showing no signs of slowing down.

And its latest offering will truly satisfy all those thriller cravings left behind after binging You season 2.

The streaming giant is adding a new movie that is perfect for You fans.

The flick is strikingly similar to the hit series, with some going as far as to say its creepier. Scroll on for the trailer and release date.

Originally released in 2017, this movie is another stalker-related thriller, but with a twist.

Directed by Denise Di Novi, the movie mirrors many of Joe Goldberg's creepy tactics used to stalk his obsessions.

The movie chronicles a revenge-hungry divorcee who's on a deadly mission.

It stars Katherine Heigl as Tessa, who is not keen on the idea of moving on and becomings hell-bent on tortuing her ex-husband's new fiancée, Julia.

The movie starts off with Julia, played by Rosario Dawson, being questioned over the murder of her abusive ex.

The movie then recalls the events six months prior, where Julia appears to be much happier after moving to San Francisco with her fiancée David and his daughter Lili.

Jealous ex, Tessa, has to share custody of Lili, which makes her hunger for revenge even bigger.

Tessa embarks on a relentless campaign of stalking, manipulation, and torture.

And she uses no other than social media as her driving force. Sound familiar?

Things get ramped up a notch when Tessa makes contact with Julia's abusive ex, Michael.

A whole load of terror is unleashed and Julia's life quickly takes a turn for the worst. Keep scrolling to check out the trailer...

Tessa will stop at nothing.

And the movie bears striking resemblance to the disturbing behaviors exhibited by You's Joe.

Many fans have taken to Twitter to praise the flick.

It's been receiving rave reviews.

Those who have already watched are obsessed.

Many can't get over the similarities between the movie and You.

"Watch the film unforgettable on Netflix. Similar to You, so good!" wrote one viewer. "If you've not seen this film, watch it. You vibes," said another.

What are you waiting for? Check out the trailer below:

Unforgettable comes to Netflix on January 6. To learn more about the terrifying theory fans have about the final twist in You season 2, keep scrolling.