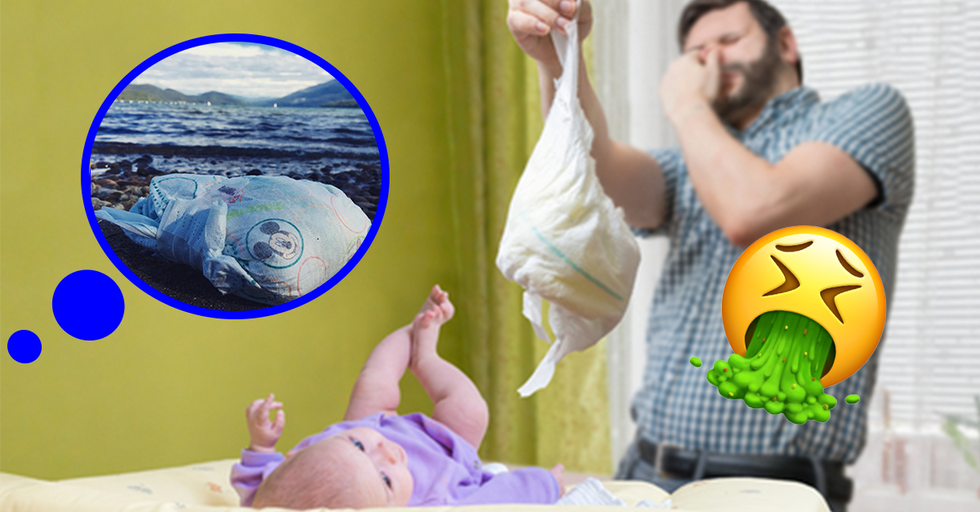 Listen, we know parenting is tough. It's a round-the-clock, 365-day-a-year job. All that, plus you are in charge of keeping a little human alive who would rather stick their tongue into a wall socket than sit quietly and behave.

But parents, we have to talk. Enough is enough. This new trend is seriously disgusting and it has to stop.

Recently, the concerned citizens of the internet have been snapping and posting pictures of dirty, balled-up diapers that have been left in public. And the problem is getting worse and worse...

Instagram user @deraj_gnidluaps posted this picture of an abandoned diaper left on a street in Harlem.

Even the iPhone's classy-looking Portrait Mode can't save this picture. You guys, it's SO GROSS. It's never fun to carry trash around with you, but that's what public trash cans are for. They're literally everywhere. Just walk a few feet in any direction!

Instagram user @kkeellyynn saw this on the Lightrail. People actually sit there. And it's fabric. Think of the lingering smell. Shudders.

I would be livid if someone did that to me.

I'll be honest, this one really seems personal. Maybe they did something a little shitty (ha ha) to their neighbors to deserve this?

This one has dump and run written all over it.

You know... if you're already in a car you can just put it down and throw it out at home. Also, there is such a thing as a reusable cloth diaper.

But, but... food is supposed to go there.

Gonna have to Purell the absolute heck outta that cart.

The ocean is not your toilet.

At the very least, try not to pollute our planet. Ok?

A broken condom --> a dirty diaper. Ah, the circle of life.