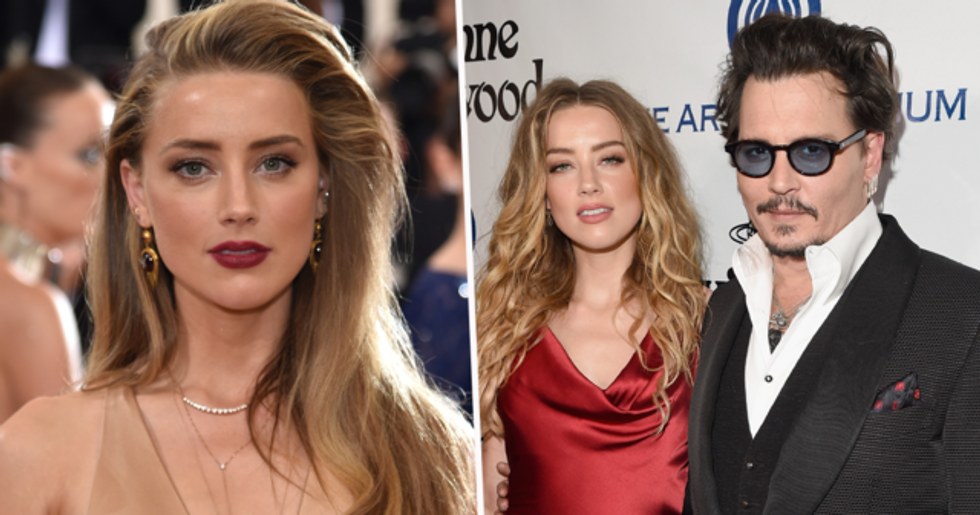 Amid the ongoing court case between Johnny Depp and Amber Heard, new photos have been presented that show Heard's face following an alleged attack from her ex-husband...

It wasn't always this way for the couple.

In 2018, the actress then penned an article for The Washington Post where she opened up about her experience with domestic abuse and violence.

But then, there was a sudden twist to the tale.

Last year, Johnny filed a $50-million defamation case against Amber and presented evidence that he was the one on the receiving end of the abuse, not the other way around.

The turbulent pair are in court as part of the 3-week long trial...

And, while in court yesterday, a photograph of Depp with ice cream spilled on his legs during a private flight was shown.

Amber allegedly showed Johnny the photo, which was taken in 2014, the day after it was taken.

At the time, she reportedly told him: "Look at what you've become... look at you, it's pathetic," when showing him the snap.

Johnny spoke about the picture while giving evidence in the trial at the High Court today, claiming he had been working seventeen-hour days at the time and had already agreed he was going to go to the Bahamas to detox.

She claimed that during the flight, Johnny had been drinking heavily and threw objects at her, pushed a chair at her, slapped her, and kicked her in the back before passing out in the toilet.

Amber's diary entries were then brought up in court.

In them, Amber describes a "terrible" fight she claimed she had with Johnny on a train journey during their 2015 honeymoon in Southeast Asia.

As per Press Association, Amber had written:

It's needless to say that there was a lot take in there...

People have remained divided over the legitimacy of Amber's claims, and have been questioning just how reliable these outlandish diary entries really are.

But today, fresh evidence was presented.

A photo was today revealed in court that allegedly show Amber's injured face after Johnny had "thrown a phone at her."

The photo, which shows Amber with a reddened and swollen cheek, was instantly dismissed by Johnny's defense team...

And his lifelong friend, Isaac Baruch, slammed the photo as "phoney baloney" at the High Court today.

Here's the photograph in question.

Amber's face is visibly inflamed and swollen, but as to whether it was caused by Johnny, only the court can decide.

We will be posting updates accordingly.