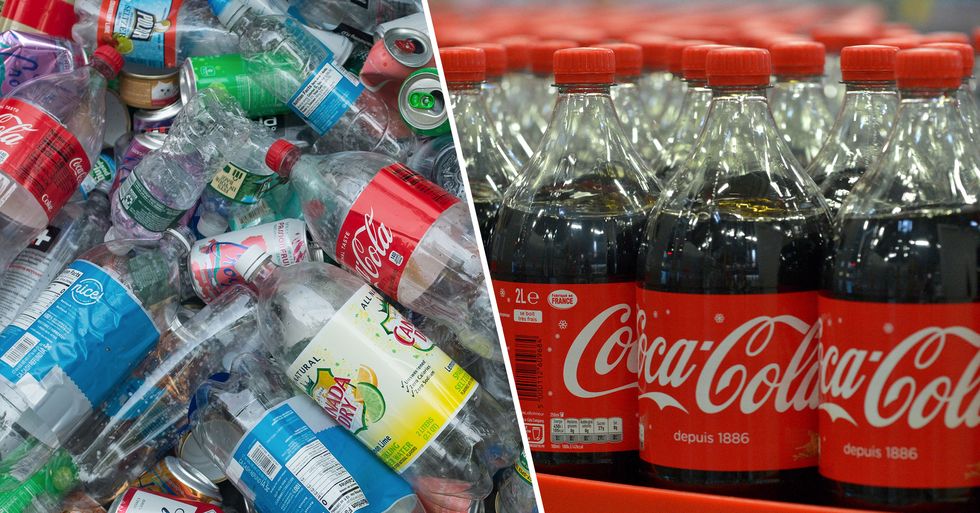 With the conversation around climate change growing, both activists and scientists have been very vocal about ways in which we can reduce global warming. For example, reducing plastic waste. And it seems as though Coca Cola is backing this idea as talks of a new plant-based bottle are going around...

Keep scrolling to find out all the important details.

When Cowspiracy aired on Netflix in 2015, it was the first time the world was introduced to the idea that the meat and dairy industries were really bad for the environment.

It may be hard for some to change their eating habits, but it's a necessary change.

So, naturally, in the wake of the so-called climate crisis, people are being urged to go vegan, or if that's too much, going vegetarian, or simply just reducing meat consumption, in particular, red meat.

But for a while now, there has been an emphasis on one particular killer.

Reducing our plastic waste is probably one of the most important things we can do for our planet.

The material takes so long to decompose that it often sits in landfills for decades, sometimes even centuries before it has fully broken down.

And it only gets worse...

As more and more companies are dumping their toxic waste into rivers or lakes, plastic ends up littering our oceans, suffocating sea life, and ultimately destroying thousands of natural areas.

This is why companies have been urged to look for alternatives.

Both Coca Cola and Carlsberg have given their support to an all-new biochemical company called Avantium.

Avantium has developed a climate-friendly beverage bottle made from plant sugars.

The project will manufacture 5,000 tonnes of plant-plastic annually, using sugar from corn, wheat, and beets. The best thing about it is that it fully degrades in a year compared to the decades that it can take normal plastic to decompose.

This is how it would work:

This material would be used to create a protective layer within a cardboard bottle, replacing regular, plastic containers, essentially reducing the carbon footprint inflicted by massive beverage manufacturers such as Coca Cola.

And so far, the trail runs are looking positive.

It jas been proved that the material can, in fact, break down within a year using a composter, but may take a little bit longer if left outside in normal conditions.

Tom van Aken, the chief executive of Avantium hopes to secure a great investment by the end of 2020.

even despite the ongoing medical crisis, the company continues to work hard in order to perfect their new invention. They also hope to make ties with other large drinks companies.

He told The Guardian this:

"This plastic has very attractive sustainability credentials because it uses no fossil fuels, and can be recycled. But would also degrade in nature much faster than normal plastics do."

A lot of people still have questions like "how much will it cost us?" and "is it sustainable?"

Imagine a world where materials are no longer made from #fossilresources. Well, at Avantium, this is our reality: https://t.co/nLIoARDBUs
— Avantium (@Avantium)1589269468.0

But they will all be answered in time. If you want to read more about why we need to act quickly to save our planet, then keep scrolling to see some devastating news...