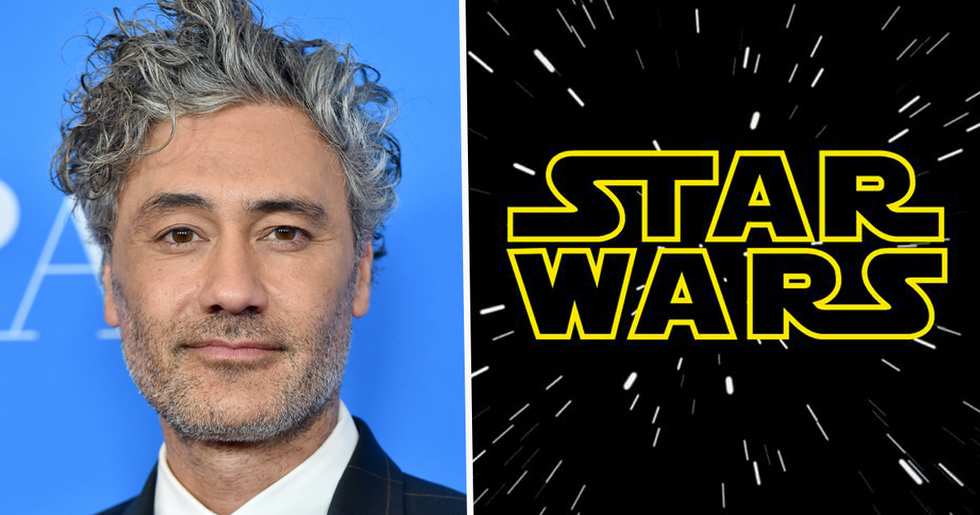 After receiving some good news from Disney last year about new Star Wars projects, it seems as if the rewards for the franchise's fans are not ending any time soon.

Recently, it was announced that a new Star Wars movie is in the works. And the best part is that it is being written and directed by Taika Waititi.

Keep scrolling to find out when it will be released...

The third installment of the Star Wars sequel trilogy and final movie in the Skywalker saga, The Rise of Skywalker, is heading to theaters this month.

The movie will see the Resistance face the First Order once again, and the end of the ancient conflict between the Jedi and the Sith.

The event was host to an array of exciting announcements from the Hollywood studio.

But nowhere did they mention that there was going to be a new Star Wars film hitting the big screens soon.

But I guess it makes sense that the news was revealed on May 4th, right?

We've been hearing rumors about this for a while...

But nothing was confirmed until today.

Disney made the special announcement.

They announced that Taika Waititi has officially signed up to direct a live-action Star Wars movie, which is set for a release in theaters (not on the Disney+ streaming service.)

Not only that, but he will also be co-writing the entire thing.

He will be joining forces with Krysty Wilson-Cairns, an Oscar-nominated artist who has previously worked on masterpieces such as war-time thriller, 1975.

This is set to be one hell of a collaboration.

Despite this being his first proper gig with a Star Wars feature film, Waititi has previously directed the season finale, which was a massive accolade for his already long list of achievements.

He has always had a very good bond with Disney.

From completely turning around the Thor movies, to winning an Oscar for Jojo Rabbit (originally produced by Fox Searchlight), and then jumping on to write and direct the upcoming Thor: Love and Thunder.

This news couldn't have come at a better time.

If we do not get an announcement tomorrow for a new series, a new movie, or anything Star Wars related, I’m gonna r… https://t.co/oULwhio6pk
— CenturyBoy (@CenturyBoy)1588530430.0

I hope Disney managed to deliver.

Others expressed their love for the director...

Taika Waititi went from wanting to make a star wars movie to impress his parents to directing an episode from the m… https://t.co/t39OYDmCQ8
— Mahoy (@Mahoy)1588611067.0

You really do love to see it.

Some even had some advice for him...

We can't wait to see what he's going to do with it.

Even though the movie isn't going to be released any time soon due to the ongoing pandemic...

Some outlets have reported that it will be hitting theaters in 2023, so keep your eyes peeled! If you're looking for something to do while you wait, then keep scrolling to find out what is coming to Netflix this month.