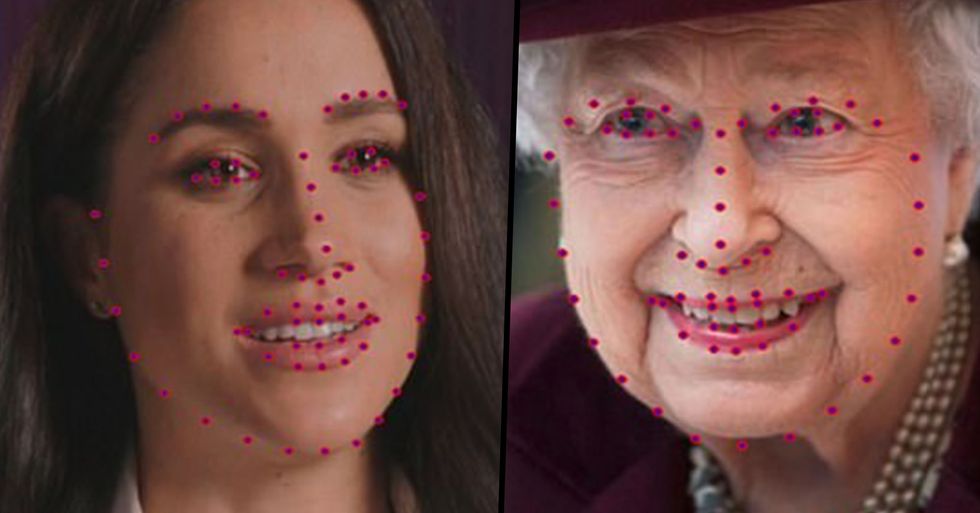 When Meghan Markle started dating Prince Harry, her career as an actress seemed to be instantly swapped for a life fulfilling royal duties.

It was rather unexpected...

But Harry seemed to be besotted with his new love interest and it didn't take him long to cement her as his serious girlfriend... including taking her to meet Queen Elizabeth just a few months in!

And there was no denying how happy they looked together.

After a year of dating, Harry and Meghan announced their engagement...

Much to the delight of their fan-base worldwide!

Meghan and Harry made the bold decision to step down from royal duties earlier this year.

Meghan is still receiving a lot of heat from the British press for "breaking up the royal family." And my goodness, we wonder why...

It's no coinsidence that Meghan is the first-ever person of color to join the Royal Family...

This is modern-day racism...

And it's not okay.

But regardless of the turmoil that Meghan has endured for the last few years...

It seems that her fan base is actually bigger than many of us anticipated.

According to a recent study...

Meghan Markle has been deemed as more trustworthy than the Queen herself.

Experts from PSL Research University in Paris have been conducting research into how trustworthy a person's portrait appears.

"The algorithm doesn't assess trustworthiness in itself - rather the qualities and traits the sitters of a portrait wanted to portray in their image," the authors explained.

They have created an algorithm that scans faces in painted portraits and photographs to determine the 'trustworthiness' of the subject based on their facial muscle contractions.

As part of the process of training the model, researchers compared some famous faces to ancient portraits...

So in this case, they compared Meghan and the Queen's portraits to Queen Elizabeth I. "It is possible that Megan Markle is not a trustworthy person, but on average her appearance in her portrait makes her look trustworthy," said author Nicolas Baumard.

And as for the Queen?

"This is probably a quality that is very important to her [Meghan], probably more than Queen Elizabeth I who does not smile in her portraits."

Now, Meghan and Queen Elizabeth weren't the only portraits the study focused on.

A similar result was found...

Barack Obama was found to have a more trustworthy portrait than president Putin.

And amazingly so, the authors decided to give President Donald Trump a go!

The authors put him up against his rival Joe Biden, and it turned out that Biden was 300 percent more trustworthy than Trump. Are we really surprised?!

For more on the royals...

Keep on reading to see why Super Nanny Jo Frost tried to reach out to Harry and Meghan...