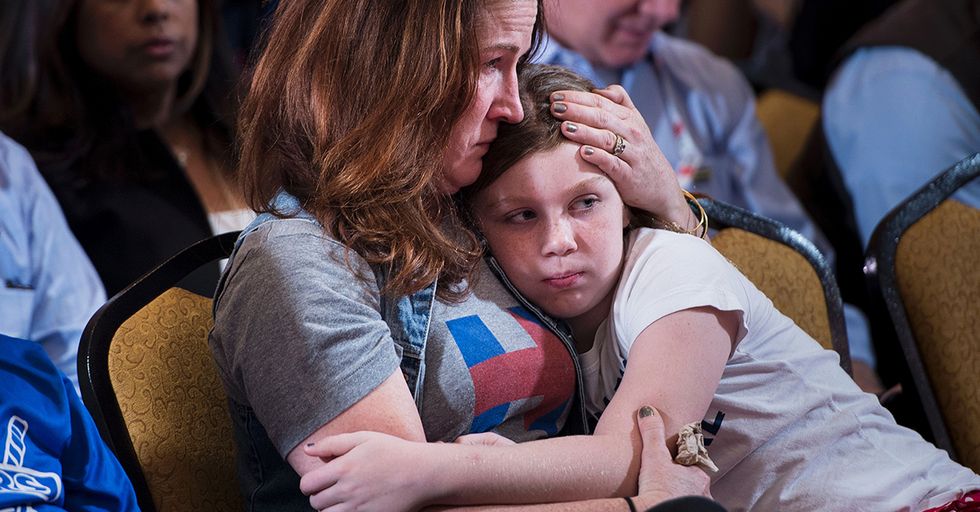 Do you remember the 2016 presidential election? No matter who you are, it can be pretty hard to forget. And depending on who you are, it may have done some unexpected emotional damage to you.

At San Francisco State University, it was impossible to miss the 2016 election's effect on the student body. So much so, that the psychology department began developing a project around it. Their goal was to find out what the election results had done to the minds of young adults. Now, the results of this study have finally been published, and they are both relevant and troubling! As it turns out, many young adults had a hard time coping with the results. You might be surprised to discover what happened!

The terms "election" and "psychological trauma" have never really been linked. But after this study, they certainly are. Read on to see just what happened in the minds of many American young adults in 2016.

Apparently, the 2016 election had an unanticipated effect on America’s young adults—although many of us could already have confirmed that!

According to the study, Trump’s election was distressing for young people.

And a significant proportion of young adults are showing signs of stress—but how much of that would be “clinically significant?"

The election between Donald Trump and Hillary Clinton was unprecedented in many ways.

As were the results; when Trump won the electoral college (remember, Clinton actually took the popular vote), many people were taken by surprise.

A week before the election, Hillary Clinton was expected to take the presidency.

According to the university staff members behind this new study, the election’s twist ending showed immediately among the student body.

So they began taking surveys.

And in the short time that it took to conduct surveys among San Francisco State University students, it became clear they were dealing with something more than just stress.

At what point does stress become something else?

What was unclear from the cursory surveys was how deeply students were affected—how often was it interfering with their everyday lives, work, and school.

So, they began reaching out for more answers.

During January and February of 2017, the team surveyed 769 students taking psychology courses at Arizona State University.

They made sure to test a diverse group.

From there, each student filled out a psychological assessment.

The psychological assessment was called the" Impact of Event Scale," and it contained questions tailored around the 2016 election.

What were they looking for?

"The scale is used to gauge the extent to which individuals have been impacted by an event in such a way that it might lead to diagnosable post-traumatic stress disorder," explained lead author Melissa Hagan, an assistant professor of psychology at San Francisco State University.

BTW, there were a wide-spread variety of authors on this study.

Other authors on the study include Michael Sladek, a postdoctoral fellow at Harvard University, and Linda Luecken and Leah Doane, both professors of psychology at Arizona State University.

Since when do elections cause PTSD?

Because the results of the study, it was gathered that the election did indeed have such a severe impact that some young adults showed symptoms often seen in post-traumatic stress disorder.

"What we were interested in seeing was, did the election for some people constitute a traumatic experience? And we found that it did for 25 percent of young adults," said Hagan.

According to the study, the average stress scores among students were comparable the scores of mass shooting witnesses, seven months after the event.

The study also showed how different groups of people were affected.

The results of the election had a particularly strong effect on various groups within the aforementioned pool of students, depending on their background.

And there were more factors, too:

Naturally, gender, political affiliations, and religious background were all pieces accounted for when it came to election reactions.

The results highlighted a difference between females and males.

Females tended to score higher than males in terms of stress.

Political affiliations were an even bigger divide.

Democrats scored two and a half times higher than Republicans.

Students who were non-Christian proved to also be highly affected by the election.

The results are in:

With all this, the team published their results. And, while we can’t say the results are "surprising," per se, it’s eye-opening to have quantifiable data as opposed to word-of-mouth reactions among peers.

Keep in mind this doesn’t say much about the long-term effect.

Each student only took the survey once, in early 2017, so this is mainly about what happened in the immediate aftermath of Trump’s election.

Nevertheless, it tells us something important about many young adults.

Why was this election so stressful, then?

Researchers believe that the shock of Donald Trump’s victory was indeed a factor, as he hadn’t been expected to win.

Another, of course, was the tone of the preceding campaign.

The 2016 election season—particularly when it came to Trump’s campaign—was incredibly divisive, even for modern-day politics.

Many sensitive topics were handled carelessly during the campaign.

"There was a lot of discourse around race, identity and what makes a valuable American. I think that really heightened stress for a lot of people," said Hagan.

When we feel called out for being ourselves, that’s a stressful thing.

In an election season that questioned the validity and value of so many different types of people, it’s easy to understand where the symptoms of PTSD might fit in.

And perhaps we should investigate long-term.

After all, if that’s what happened immediately after the election, you have to wonder if there were any consistent lingering effects?

But hey, we’re not alone.

Another thing this study shows: a lot of young people are in the same boat. And maybe, understanding the source of this stress (and how many other people are feeling it) will help both those affected and mental health professionals understand how to combat it. Do you relate to the results of this study? Do you have friends who might? Share this story with them!