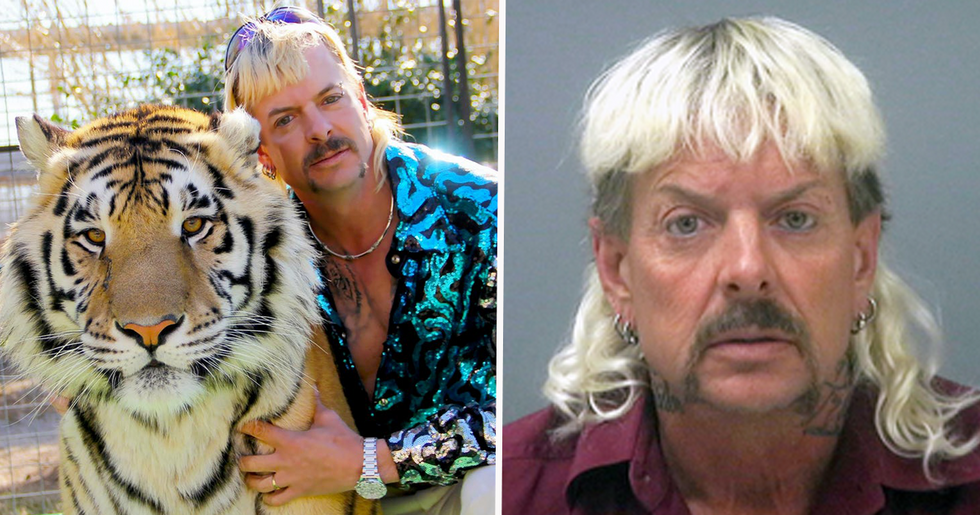 Tiger King well and truly took the world by storm, but now it looks like a new documentary on Joe Exotic is hitting screens, and it's looking at a whole new side of things.

Judging by the trailer, this is certainly going to be a must-watch...

And of course, the internet turned into Tiger King minefield.

But if you thought you'd heard the whole story...

A new Tiger King documentary is set to hit screens.

Animal Planet's new documentary, Surviving Joe Exotic, tells a whole other side to the story.

The documentary will explore the animals at the heart of the scandal.

And what exactly happened to them beyond Tiger King.

But Surviving Joe Exotic will put the animals at the front and center for the first time.

And it set to be an emotional one...

"Viewers will follow the emotional stories of animals that made it out of the zoo for a second chance at life, and hear from ex-employees, including Saff Saffery - who lost an arm to one of Joe's tigers - rescue leaders, exotic animal experts, and others with firsthand knowledge of the animal trafficking and breeding that fueled Joe Exotic's empire," the press release reads.

According to the release, the doc also includes never seen before footage...

"Paired with never-before-seen footage of Joe filmed for Animal Planet's Wolves and Warriors in 2018, audiences will witness the stories of animals who were caught in the crossfire of Joe Exotic's big cat breeding business, and the heartwarming stories of those that found new homes after the G.W. Zoo."

And how they regained their vision at the Exotic Feline Rescue Center in Indiana after being rescued from Joe's controversial zoo.

It will also touch on the topic of inbreeding...

Going into detail about the stories of lions Chobe and Kariba who were traumatized by inbreeding.

Luckily we don't have long to wait for the doc to air...

The documentary will air on Animal Planet on July 25. Scroll on to watch the trailer...

Reactions to the news have been coming in strong...

Seems like fans have had a lot to say.

Seems like many people are still hung up on the Carole Baskin side of things.

For another binge-worthy docuseries to get your teeth into, scroll on...