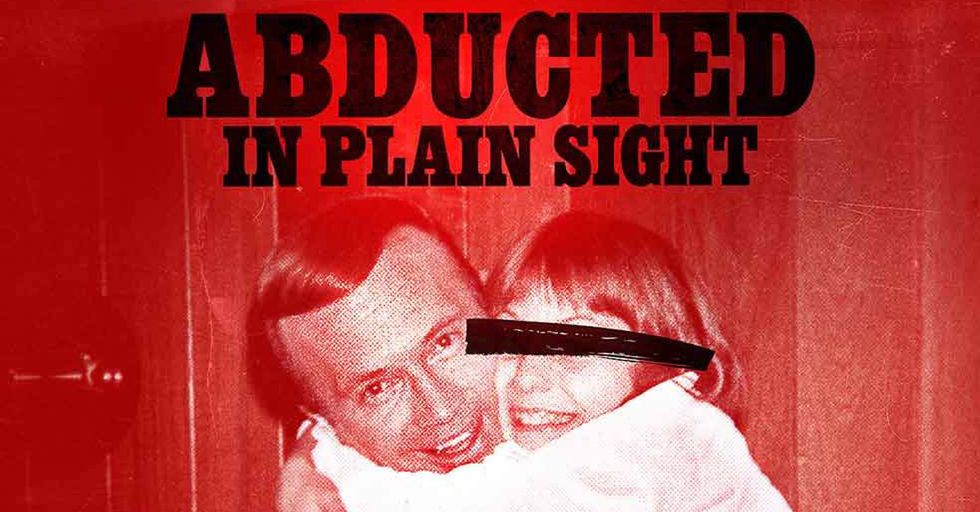 Netflix has been going all-in with its true crime shows lately.  Do you remember when everyone was talking about Making a Murderer back in 2015? The real-life thriller follows two men who may have been wrongfully accused of murder. But now, a new true crime documentary from Netflix is setting the Internet abuzz.

Fans are calling Abducted In Plain Sight "jaw-dropping." That's because people can't believe what they're seeing as the completely true story unfolds on screen. The show centers on a young girl who has been kidnapped not once, but twice – by the same man! And if that isn't unbelievable enough, the plot only thickens from there. See why fans are going nuts over this documentary, and the extent of an unbelievable crime spanning years.

'Abducted In Plain Sight' is catching on in a big way.

It's the story of a family, hoodwinked by their neighbor, who kidnapped the family's daughter.

Jan Broberg was kidnapped in the 1970s.

To be clear: she was actually kidnapped twice, by the same man both times. And her family knew exactly who he was.

The Broberg family met a man who became a close family friend and gained both of the parents' trust. But the man had a horrible motive.

The documentary reveals some shocking details.

During this time, the Broberg family was subjected to brainwashing, blackmail, arson, death threats, and alien abduction. All of this allowed for the kidnappings to happen.

Is your mind blown yet?

The perpetrator was Robert "B" Berchtold, a pedophile. His aim was to kidnap a child, so he ingratiated himself with a family that he could then manipulate.

From there, things deteriorated.

Berchtold honed in on the Broberg's oldest daughter, Jan, who was 12 years old at the time. He even sexually seduced both of her parents, using their respective infidelities to gain access to Jan.

The first kidnapping occurred in 1974.

Berchtold kidnapped Jan and took her to Mexico in a mobile home, where she was held captive.

Berchtold also subjected her to brainwashing.

Jan was made to believe that she was an alien and that she needed to conceive a child with him before her 16th birthday in order to save her home planet (and family, whom she was told would perish unless she did this).

Meanwhile, any rescuers were slow on the uptake.

Because Berchtold had gained the family's trust, Jan's parents didn't call the police until several days after the kidnapping had happened.

Jan was missing for over a month.

After five weeks, the FBI in conjunction with Mexico's police were able to locate Jan and Berchtold. He was arrested and extradited to the U.S., and she was returned home. But that wasn't the end of it.

Berchtold's punishment was not at all severe.

Because of Berchtold's abuse and manipulation, Jan told her parents and the police that nothing happened. And while Berchtold was charged with kidnapping, he claimed a mental breakdown and only spent a few months in a mental hospital.

Young Jan was intimidated into silence.

So nobody knew the true severity of Berchtold's crimes.

If he'd also been charged with sexual crimes against Jan, he would have gone to prison for a long time. Unfortunately, that never happened.

Upon Berchtold's release, he was prohibited from coming near the Brobergs.

But that didn't stop him. Berchtold kidnapped Jan for the second time in August of 1976.

Before they left, he ordered Jan to leave her parents a note saying that she had run away.

Then, Jan was enrolled in boarding school.

To keep Jan away from her parents, Berchtold created fake identities for them and placed her in a California Catholic girls' school. He posed as her father and would visit her on weekends.

Jan was kept there for over 3 months.

When the FBI eventually found her, Jan had been listed as a runaway – meaning when they returned her home, she was actually booked in the Bannock County Jail for a night.

Understandably, many involved are still haunted by this case.

The documentary features in-depth interviews with Jan, her parents, sisters, and the FBI investigator who had worked on Jan's case.

The documentary quickly gained acclaim from its viewers.

It came out on January 15th, and already people can't stop talking about the insanity of the case.

And it's no wonder. Have you ever heard of a case quite like this one?

It's boggling to the mind how someone could get away with this, even a master manipulator like Berchtold.

People are especially incredulous when it comes to the adults involved.

If you want to be infuriated the entire time you’re watching a documentary, just watch #AbductedInPlainSight on… https://t.co/m2ojyNhPlN
— Kailah (@Kailah)1548055848.0

Although the documentary explains that society's naïveté towards this kind of thing affected the case, and that it took place in a time before "paedophile" was a common concept, people still have questions.

Others were more sympathetic.

Regardless of your opinions on the matter, it's clear that Berchtold was an expert in getting people to trust him – and that's what made him so dangerous.

Viewers have cautioned that you'll need a strong stomach.

Given the subject matter of the documentary, it's important to know what you're going into when you watch it!

Just be ready to yell at your TV screen.

That seems to be the common trend among people who watch the documentary!

And everyone who watches has tons of respect for Jan.

After what she went through, being so public with the details of her ordeal is truly brave.

Jan Broberg went on to tell her story.

Jan's mother Mary Ann wrote and published a book, Stolen Innocence: The Jan Broberg Story. Jan herself told the Idaho State Journal how excited she was for the documentary to release, believing that it can help educate parents on how to better protect their children.

She did eventually get her day in court.

Even if it wasn't to send Berchtold to prison, Broberg was able to obtain a restraining order against Berchtold in 2004.

In doing so, she confronted him a final time.

According to Jan, when Berchtold tried defending himself he claimed that she was only doing this because she was an actress looking for her 15 minutes of fame. In response, Jan stood up. She yelled, "No, I'm doing this because I want to protect families from monsters like you."

The judge granted her request.

Berchtold died a year later in 2005, but Jan got the final word. And she continues to tell her story and share her wisdom with people. Does this story sound fascinating to you? Share it with your friends and blow their minds, too!