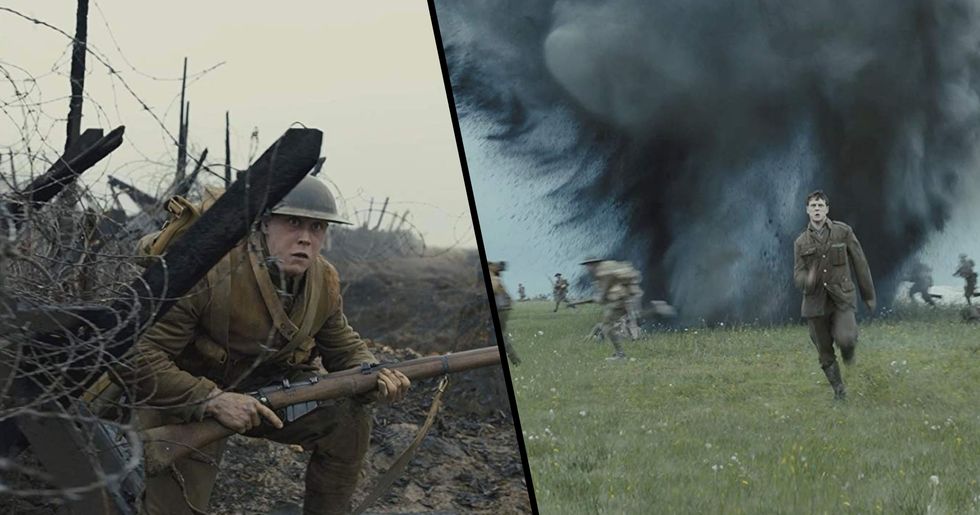 Over the years, there's been a huge selection of war movies that have compelled viewers - capturing the true horror of war and bringing the history of warfare to life. When it comes to war movies, the likes of Apocolypse Now, Dunkirk, and Saving Private Ryan are at the top of the ranks - but it looks like there may be a new box office frontrunner on the horizon.

1917 is the latest edition to the war movie catalog and it looks to have truly made an impact on audiences. Keep scrolling to learn more about the movie that's got everyone talking including its unique cinematic technique.

While often highlighting the sheer horror of warfare and stark realities of life in the midst of conflict - something about the way the movies bring history to the big screen in such detail seems to have many of us glued to our seats.

Over the years, many directors have given the genre a go.

There truly is no shortage of movies highlighting the atrocities of various different wars throughout history.

But there's a select few that reign supreme.

And it's unlike any other war film you'll have seen...

1917 is the ambitious new specatcle from legendary director, Sam Mendes.

The acclaimed Skyfall and American Beauty director teamed up with cinematographer, Roger Deakin, to bring his vision to life.

The likes of Game of Thrones' Dean-Charles Chapman, Kingsman's Mark Strong, Sherlock's Andrew Scott, and acting legend Benedict Cumberbatch have stepped back in time to portray the brutality of WW1 in the movie.

The movie chronicles the story of 2 soldiers on the battlefields of northern France.

But, the pair embark on one of the hardest battles against the toughest enemy of all - time.

The pair must deliver an important message...

And they are in a race against time to deliver the warning to save a battalion of British soldiers from walking into a deadly trap.

Their treacherous journey requires them to cross over into enemy territory.

And they must give everything they've got to complete their mission - no matter the dangers and horrors it entails.

The movie has caught the attention of critics.

And judging by the early reactions - Mendes' WW1 spectacle could be a serious contender at the Oscars.

It's been lavished with near-unanimous praise.

Many have gone as far as to say its the best war movie since the iconic Saving Private Ryan.

Critics have been suitably blown away.

Every aspect of the movie has drawn in praise - from the star-studded performances to the cinematography.

But it seems there may be one reason, in particular, why 1917 is standing out from the crowd.

The movie boasts a uniquely impressive cinematic technique that appears to have got a lot of people talking.

The sheer suspense and urgency surrounding the soldiers' suicide mission is conveyed in a whole new way.

The movie was filmed to appear as one continuous shot.

In order to fully highlight the horrors of World War One, Mendes and Deakin chose to film the movie as if it were one long scene.

And it was a tough process...

Speaking to Total Film about the decision, Mendes explained: "There were days when you were like, 'Why did I do this to myself?'"

He admitted that to get the pay off he wanted, some scenes took "hundreds of takes."

"We got through this whole scene - five-and-a-half minutes of absolutely everything in the right place, just beautiful, and the camera operator tripped on the mattress. Total human error. And it's like, 'No!!!'"

At the beginning of the process, the other half of the box office dream time, Deakin, also raised concerns over whether the unique filming approach would work.

Speaking to Deadline, Deakin said: "The front page of 1917 was this imagined to be one continuous shot and you [say] 'Really?'
"I was concerned it was a gimmick but it's not a gimmick, it's a way to get sucked into the story. Every film has a different way to tell a story and this was a particular challenge."

Of course, there a couple of digital cuts...

1917 comes to theaters on December 25, 2019. If you like the sound of 1917,  the newest Netflix drop is surely something you'll want to add to your list. Read on for all the details on The Devil Next Door.