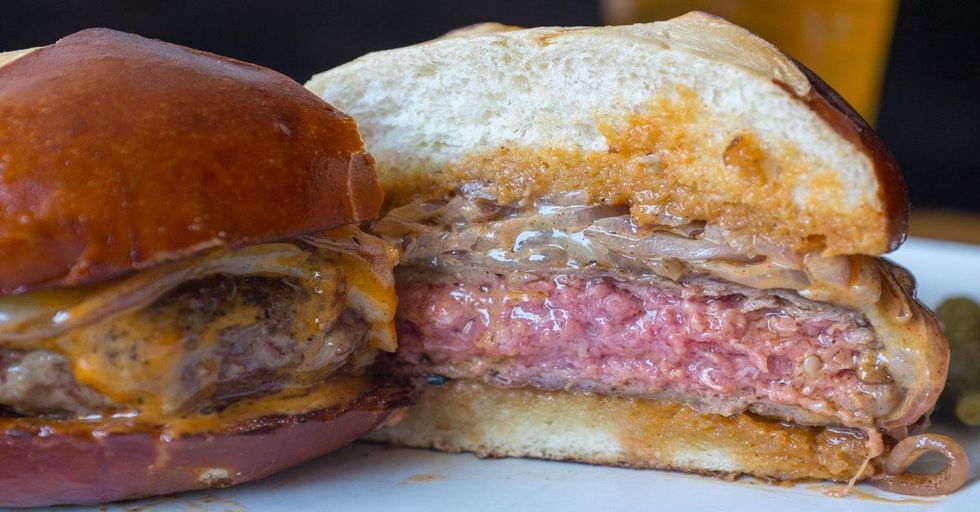 There are a few topics you just don’t bring up unless you want to start a heated debate. Politics, religion, and now…burgers?

On July 24, the Twitter account for a New York City dining guide made a bold argument that stirred up quite the controversy. Meat-loving users from across the Internet expressed their outrage and roasted the account for the shocking statement.

This was the post that kicked off the hot and juicy debate.

Eater NY is a food news and dining guide website that focuses on trendier food topics and hip new spots to check out in NYC. In a post that shocked the internet, the opinionated dining guide claimed that only fools order this restaurant staple, and Twitter users nearly choked on their cheeseburgers when they read it.

They accompanied the argument with a long and detailed list of reasons to abstain from ordering a burger when dining out.

Too big? Overloaded? This is America you're talking about! Also, not all restaurants charge $38 for a burger. At White Castle, you can get 30 of those suckers for 30 bucks.

This GIF perfectly depicts the kind of response that a certain spokes-clown would have to this blasphemy.

Twitter user @ot_ford pointed out the ridiculous nature of this statement.

If we can't order burgers in restaurants, then where?! Are we expected to live burger-less for the rest of our lives? Truly you can't be insinuating that we cook them ourselves.

Others were quick to acknowledge the several low blows throughout the article.

Shots fired. I'll waste my time, money, and calories on whatever meats I want, thank you.

This Twitter user added a twist to the argument that many restaurant workers could appreciate.

Politeness will get you far. And get you a lot less spit in your food.

The pretentious nature of the post is what seemed to cause beef with a lot of users.

Clearly, a staff writer at Eater NY was burned by a burger chef in the past. There's no other explanation.

The now-viral post, as one user pointed out, probably backfired.

I wouldn't be surprised if this post caused a huge upswing of burger orders across the country. Who's hungry?