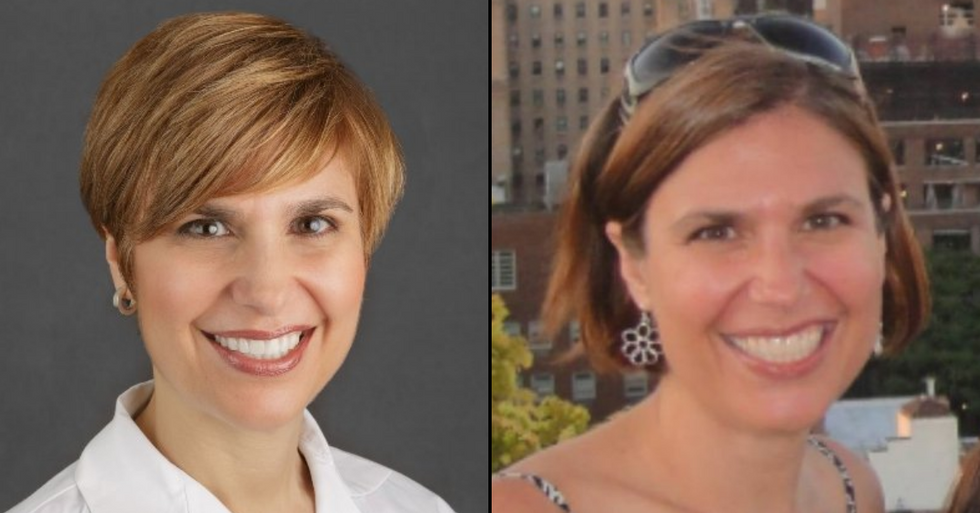 We're all horrifying aware that the current pandemic has cost a tragic number of lives. But one ER doctor from New York City has fallen victim for a different reason.

Never before has there been a worse time to lose a loved one.

Because of the ongoing medical pandemic, the way in which we grieve has been severely compromised.

The deadly virus has brought the world to a standstill...

And millions of us all over the world are having to remain in self-isolation within our homes.

And this means that we are unable to see our loved ones.

One of the most difficult aspects of this horrible situation is the ongoing separation from our family and friends.

These lockdown rules are preventing us from seeing anyone from outside of our own households...

Therefore meaning that we have to resort to more technological methods of staying in touch, such as telephone calls and video calls.

So far, these methods have proven to be effective for most.

But, in some more difficult scenarios, they can be utterly heartbreaking.

The attendance of funerals has been limited drastically, meaning that only immediate family members are able to say their goodbyes.

And, for those still in the hospital...

All visitors are prohibited, meaning that the majority of people dying are having to die alone, without their family and loved ones surrounding them.

Heartbroken families are instead having to remain at home...

With only their cellphones to hand.

So many families have had to make their final goodbyes over the phone...

It's a truly heartwrenching situation.

And there's another aspect of the virus that's also completely heartbreaking.

Many of our incredibly brave frontline workers are suffering hugely.

Healthcare workers are the absolute heroes of this tragic time.

And it's almost impossible to imagine what they're going through right now.

The long hours and relentless shifts are tough.

Alongside the horrifyingly high risks of infection (often due to an awful lack of PPE).

The emotional and mental toll of working through a pandemic is unimaginable.

The collective trauma seems too much to bear.

Which means there's another huge risk to the lives of those working on the front lines of this pandemic.

As this horrific story has highlighted.

Dr. Lorna Breen, head of the emergency department at a Manhattan hospital, died by suicide following her work on the front lines.

Her family has spoken out about her death.

"She tried to do her job, and it killed her," her father Dr. Philip Breen told the New York Times.

"She was truly in the trenches on the front line."

"Make sure she’s praised as a hero."

"She’s a casualty just as much as anyone else who has died."

"Dr. Breen is a hero who brought the highest ideals of medicine to the challenging front lines of the emergency department," echoed NewYork-Presbyterian/Columbia.

Our thoughts are with Breen's family during this unspeakable time.

It appears the fatality of this virus is more pernicious than it originally appeared. One NYPD cop's story is similarly affecting ...
40%