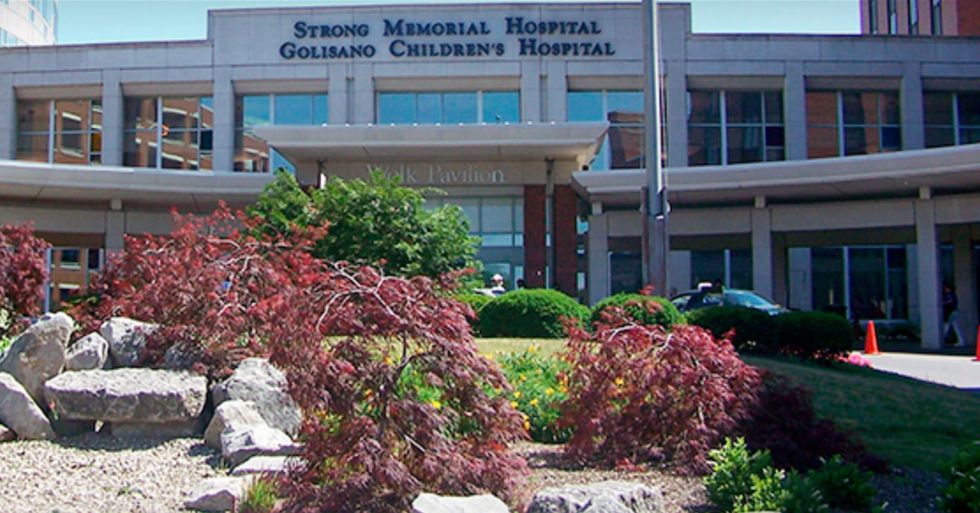 The entire world has come to a standstill thanks to the rapid spread of the COVID-19. But there's no doubt that when it comes to the US, New York is the hotspot for the virus.

Well, this week, one man from New York has come under fire for concealing his coronavirus symptoms to visit his wife in the hospital...

Keep scrolling for the full story, including how the hospital has responded.

Hospitals are busier than ever.

On top of the usual influx of patients, healthcare workers are now dealing with a very serious pandemic, and working around the clock to save as many lives as possible.

And now, nearly 877,041 globally have been infected with the virus and a further 43,541 people have tragically died.

Many governments around the world are taking this extremely seriously.

But it seems that not everyone is seeing things in the big picture.

New York City has been the epicenter for coronavirus cases in the US.

So much so, that last week, those who have been in New York, specifically, the New York metro area, were asked to quarantine for fourteen days.

And 1,714 deaths, most of them occurring in New York City.

According to a New York doctor, the number of patients on ventilators "more than doubled" in the past few days...

Dr. Craig Smith, chair of the department of surgery at Columbia University Irving Medical Center in New York City, explained: “We have not exhausted our existing supply of ventilators but if we keep doubling every three days, we might."

So, its safe to say that across the state, the situation isn't good.

But it seems that one New York man has been causing a stir this week.

Because he hid his coronavirus symptoms from medical staff.

According to several reports, the man was attempting to visit his wife in the hospital...

After she had begun to show signs of the virus shortly after giving birth, PEOPLE reports.

The incident occurred last week at the Strong Memorial Hospital in Rochester.

Apparently, the man attempted to conceal his symptoms so that he would be able to visit his wife, despite the fact that those displaying symptoms must self-isolate for the recommended fourteen days.

On Monday, UR Medicine announced they would now be putting stricter measures in place for hospital visitors.

Now, hospital staff will be screening all visitors attempting to come into Strong, Highland, and 3 other affiliated hospitals with maternity services.

Staff will be screening for symptoms of the virus...

As well as taking the temperatures of those attempting to visit.

UR Medicine posted an announcement on their website following the incident:

“In keeping with guidelines issued by the Monroe County Department of Public Health, UR Medicine hospitals have implemented a zero-visitation policy to further our efforts to protect patients and staff from the spread of COVID-19," they wrote.

They are also enforcing new regulations requiring all staff, patients, and visitors to wear medical masks while in public spaces in their facilities.

And after news of the incident spread to social media, there were some pretty strong reactions, to say the least.

In fact, some people think charges should be pressed against the man.

"Our hospitals down here do not allow any visitors at all. They need to do the same in NY...need to preserve masks for frontline workers not use them up on family and friends visiting," wrote another user.

It is not known if the newborn baby or either of the parents has tested positive for COVID-19.

But its extremely important to follow the official guidelines - aka don't conceal your symptoms from medical staff... Interested in more coronavirus news? Keep scrolling to see all the celebs who are trying to cheer us up during the pandemic.