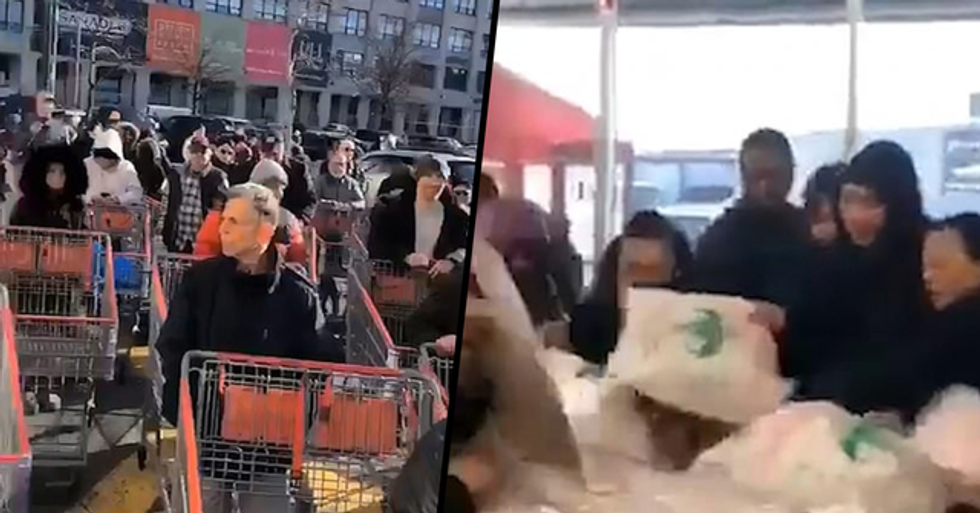 The first case of the deadly coronavirus has been confirmed in New York City, causing residents to descend into mass hysteria.

And, despite the case being contained and closely monitored, New Yorkers have been seen flocking to supermarkets to stock up on supplies in apocalyptic scenes.

Keep scrolling for the full story, and to see the footage of the hysterical shoppers for yourself...

It has been confirmed by Worldometer that 3,069 people have now died globally, with the majority being in mainland China. A further 89,842 have been found to carry the virus and be infected.

Yet, despite these worrying developments...

Last week, the President took to Twitter to applaud the work he and his administration have been doing regarding the virus outbreak...

But, despite Trump's confidence...

New Yorkers are definitely not feeling the same way.

The first case of the virus was officially confirmed in the Big Apple on Sunday.

Gov. Andrew M. Cuomo confirmed New York State’s first case of the coronavirus, saying that a woman contracted the virus while visiting Iran, and is now back in the city isolated in her home.

People residing in the city are still descending into mass hysteria.

New York's supermarkets were swamped by panicked shoppers over the weekend...

Who, in scenes not unlike zombie apocalypse movies, were frantically stocking up on supplies.

It was truly chaotic scenes.

Footage from one of the city's Costco's showed people rushing to stock up on toilet roll, bottled water, disinfectant wipes, and hand sanitizers.

Similar scenes were seen in one of the city's Chinese supermarkets...

As panicked shoppers flushed the store of groceries.

But our President has some wise words for all panicked New Yorkers...

"Be calm & vigilant!" This is a developing story, so stayed tuned for updates.