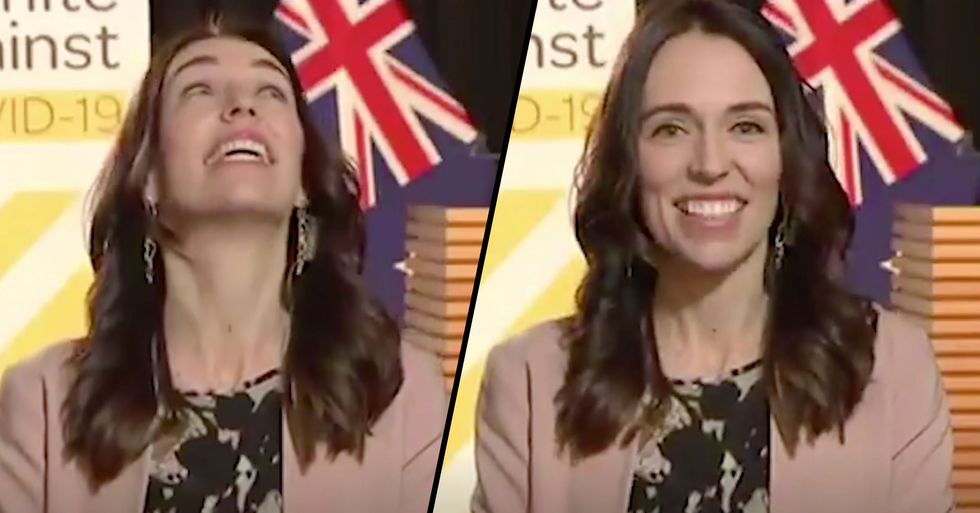 Viewers couldn't believe their eyes when, during an interview, New Zealand PM Jacinda Ardern was caught by an earthquake and didn't even flinch.

It comes as no surprise that New Zealand Prime Minister, Jacinda Ardern, has been praised for her handling of it.

Even for Trump's standards, these claims were completely outrageous.

People were horrified that a man with such power and influence would offer such reckless and potentially deadly advice to his country.

If we move on over to what's happening in New Zealand...

Well, it's not even comparable.

This week, footage has gone viral of Jacinda Ardern during a live interview.

Why? Because during it, there was a full-blown earthquake.

And people are obsessed with how casually Jacinda Ardern reacted...

"We're just having a bit of an earthquake here, Ryan," she said to AM Show presenter Ryan Bridge. Keep scrolling for the full clip.

The 5.8-magnitude earthquake was felt across the country on Sunday at 8:00 am local time.

It does not appear to have caused any damage or injuries.

People are amazed by how calmly New Zealand's PM reacted to the earthquake.

And many expressed their jealousy over how New Zealand has such a calm and competent leader.

She is truly unshakeable.

"Jacinda Ardern should be a human right."

"Jacinda Ardern is nothing but exemplary for crisis management."

Safe to say, people were in awe.

We really didn't expect anything less.

She didn't even flinch! Jacinda Ardern recently hit the headlines for a very different reason. Scroll on to find out why...