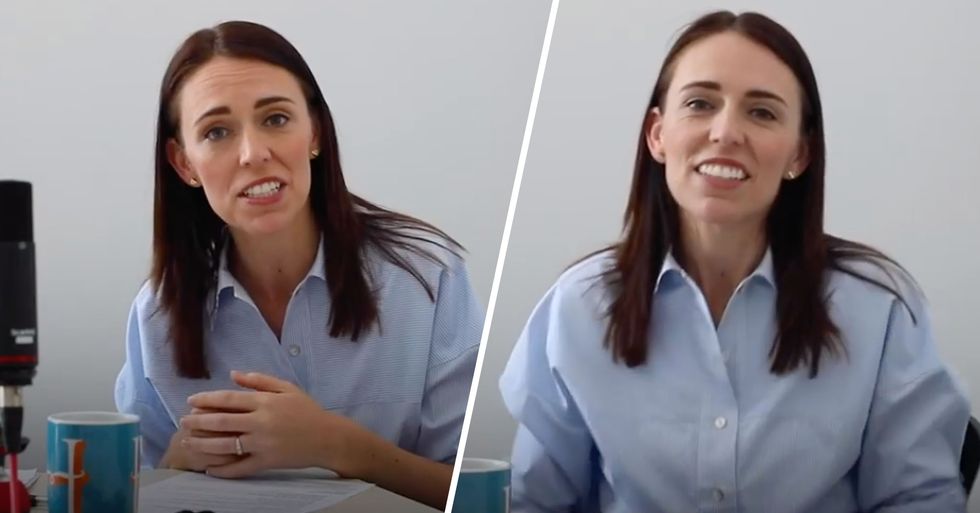 New Zealand's much loved Prime Minister, Jacinda Ardern, has officially announced that the Easter Bunny and the Tooth Fairy are all "essential workers", and therefore have no excuse to get out of work this year.

Keep scrolling for the full story, and to read about the crafty plans her words have foiled...

During this ongoing medical pandemic, our essential workers have never before been so vital.

While many of us are self-isolating at home, there are a select number of professions that have been considered as "essential" throughout this crisis.

This means that these people cannot stop working...

And are required to go out and carry on with their work as normal, just with extra caution.

Now, most of us have a general idea of who these essential workers are.

Doctors, nurses, social workers, police officers... You get the idea.

But what about our more mythical workers?

Yes, they still have feelings too.

Amid the lockdown, many children can't help but wonder how their essential workers are coping.

With Easter on the horizon and children's teeth falling out left, right, and center, the Easter Bunny and the Tooth Fairy would usually be working a lot of overtime.

But, if we have to abide by these lockdown rules...

Surely they have to, too?

Well, many parents have been using this idea to their advantage.

Apparently the Easter Bunny & Tooth Fairy are both on Lockdown. Reports of Santa sneezing too.
— Sebfree (@Sebfree)1586077519.0

To save themselves the effort of hiding Easter eggs around the house or forking out cash from the "tooth fairy", some crafty moms and dads have simply been telling their kids that the lockdown has canceled their visits this year.

It's evil genius, I know.

Sorry kids, if we're in lockdown, the Easter Bunny and the Tooth Fairy are too.

Some parents haven't held back.

Though some kids had the idea first...

This little boy is going places.

But one woman is here to put a stop to all of these antics.

In one single sentence, New Zealand's Prime Minister, Jacinda Ardern, completely shut down all these parents' fruitful attempts at getting out of any Easter or toothy festivities.

The celebrated Prime Minister broke the news at a conference on Monday.

Though she primarily discussed the measures her country is taking during the crisis, she took the time to quickly touch upon the issue of these "essential workers."

She had some important news to share with her nation...

That the Easter Bunny and the Tooth Fairy are considered essential workers after all.

“You’ll be pleased to know that we consider both the Tooth Fairy and the Easter Bunny to be essential workers."

But, obviously feeling a little guilty for foiling the plans of so many crafty parents, she added: “But as you can imagine, at this time, of course, they’re going to be potentially quite busy at home with their family as well and their own bunnies."

Ardern went on to stress that the Easter Bunny won't be able to make it to every house this year.

“So I say the children of New Zealand, if the Easter Bunny doesn’t make it to your household, we have to understand that it’s a bit difficult at the moment perhaps for the bunny to get everywhere." Thank God for that.

She even went on to suggest a number of different celebration alternatives.

On her Instagram page, Ardern suggested a giant, yet isolated Easter egg hunt, writing: "You can draw your own Easter egg, or you can colour in the one that some of my clever friends helped to make. All you have to do is color it in or decorate it, and pop it in your window for other kids to find."

You can watch her speech here...

Which, understandably, was quick to go viral.

People were very impressed with her speech.

Jacinda Ardern is perhaps the best prime minister in the world right now. Can easily categories her as a cool leader. #EasterBunny
— Raafay (@Raafay)1586167421.0

And thousands of Twitter users were quick to praise the "cool" leader for bringing a little bit of fun and normality into the world.

Her words have brought a little bit of comfort to thousands of New Zealand's children...

Thanks @jacindaardern for confirming the easter bunny will be still be making a stop in NZ. I showed my kids the… https://t.co/KpVexZMFMl
— Sarah Barker (@Sarah Barker)1586152013.0

Which is just what they need in these dark and uncertain times.

Jacinda Ardern is truly a leader to take example by.

What an amazing woman. Meanwhile, over on this end of the pond, our President hasn't been handling things in quite the same manner. Keep scrolling to hear more about Trump's leadership throughout the pandemic, and to hear why Barack Obama has taken a swipe at his tactics...