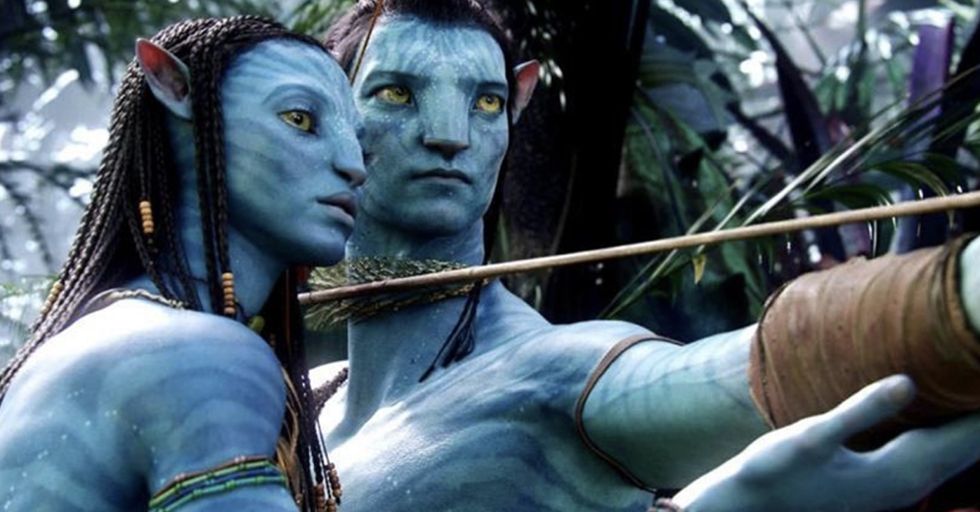 Why James Cameron, why? You gave us Titanic, you gave us Aliens, you gave us Terminator, and you forced us to see all movies in 3D against our will. So now we'll all just have to wait a little bit longer until his next 3D blue alien epic. And luckily that means you have another few years before your creepy uncle blathers on about how "beautiful" he thinks those blue aliens are. I'm speaking from only a little bit of experience.

This isn't the first time the film has delayed (and it may not even be the last). It's also not the only film in the five movie series that's been delayed either. Plus, we've got some more exciting news for Disney fans as well. All in all, this shift means that the movie landscape is settling itself for the next few years, and if you're anything like me, that's pretty darn exciting!

You may be wondering why these movies are even moving in the first place.

After all, hasn't James Cameron had enough time to make the sequel to the highest grossing movie of all time*? *That is, until Endgame is done with it.

That's a pretty nice gesture if you ask me!

But back in February, Disney bought Fox for $71.3 billion dollars.

Cool, so that's more money than my entire family line has ever had in its entire history.

The reason is: Disney already had a movie on Avatar 2's original date.

So when Disney bought Fox, they decided to move Avatar to a less competitive date.

Because God forbid Disney have two huge movies competing against each other.

So when do we finally get to see Avatar 2?

Because honestly, my interest is starting to wane. Maybe if I ever make it to Pandora at Walt Disney World I would be more excited. *wink* *wink* Disney.

And there's a reason Disney delayed it an entire year rather than just a few months or weeks.

It mostly has to do with Disney wanting to repeat the successes of the first Avatar.

10 years later, Avatar is still the highest grossing movie of all time, so Disney is trying to go for an identical release.

That's why they're waiting until December to release the film.

This isn't the first time this movie has been delayed, either.

The film was originally set to release way back in 2014. Which, at this point seems like an insane timeframe considering Cameron wanted to shoot the three sequel films back-to-back-to-back.

The original delays were because Cameron wanted to shoot a lot of the film underwater.

If you're just going to replace the whole thing afterward anyway, why even bother shooting underwater? Just put them in those big floaty suit things they used for Gravity. I should be a director.

So now that all the delays are over, here's how the movies will shake out.

So basically we'll have a new Avatar movie every other year until Global Warming consumes the planet.

Which, ironically, is what these Avatar movies are all kind of about.

Following a similar model to the Lord of the Rings series, and the last two Avengers movies, Cameron elected to block shoot all five films to keep things from getting too expensive. He'll now do all the visual effects for each movie one at a time until 2027 where visual effects will basically just be some guy with a computer pressing 'edit movie' -- that's how far in the future this all seems.

But that's not all Disney announced!

The three newly announced Star Wars movies will be dropping starting in December 2022.

So in effect, we'll have new Star Wars and Avatar movies every other year from 2021 until 2027. Disney is betting huge on these franchises.

So for Disney, it looks like Marvel will dominate the spring/early summer timeframe, live-action remakes in the summer, and Star Wars/Avatar movies in December.

We'll never be able to escape the huge Disney blockbuster monster chasing after us for the next 8 years.

No real details have been released about these new Star Wars movies.

But we'll be sure to let you know when there is! Since it's been announced as a trilogy of films, fans can only speculate that it will be a new trilogy about new Jedi that takes place sometime after the events of Star Wars: Rise of the Skywalker that hits theaters late this year.

Here's what Disney spokesperson Cathleen Taff had to say about the new films.

“We’re excited to put in place a robust and diverse slate that lays the foundation of our long-term strategy, bringing together a breadth of films from Disney, Pixar, Marvel, Lucasfilm, Fox, Fox Searchlight, and Blue Sky Studios to create an extraordinary collection of cinematic experiences for audiences around the world. With a strong summer already in place, we are eager to carry that momentum forward over the coming years thanks to a creative wellspring of bold and imaginative stories coming from our world-class studios — including several new chapters of two revered franchises, ‘Avatar’ and ‘Star Wars.'"

And social media is kind of on the fence! About both Avatar and Star Wars.

Seriously, at this rate, first place might just switch back and forth between Avatar and Marvel movies into the next decade. And I'm sure Disney loves that.

Other people are really excited for new Avatar movies!

This is true! Hopefully, we're getting something just as groundbreaking as the first film. Story aside -- Avatar was incredible at the time.

This is pretty much how I feel.

Cameron has always been well known for his spectacle. But maybe with 10 years to work on the story, it's in better shape this time around.

Too bad no one will remember the first one when the sequel comes out.

People are wondering what exactly these new Star Wars movies are.

I would guess that Disney is done with official Star Wars sequels for a little while, but that's all just speculation!

Part of me wants to stop seeing the same movie every single year, but part of me can't stay away. I have a problem!

Some people were looking forward to a break from the epic space saga.

And yet, here we are. I wouldn't be surprised if we get Star Wars and Avatar every year until we all agree to stop seeing blockbusters all together.

Other fans are angry.

"They ruined my precious Star Wars. Stop ruining it!"

But Disney will never stop milking that cash cow!

As long as we keep seeing them, they'll keep making them!

So what do you think about these new movies?

Are you excited, or could you not care less? Will you see one movie over the others? Let us know!
20%

$6.99 $5.59
Buy Now
See More Deals
We hope you find these deals as awesome as we do! Just an FYI: we may receive a share of sales from links on this page