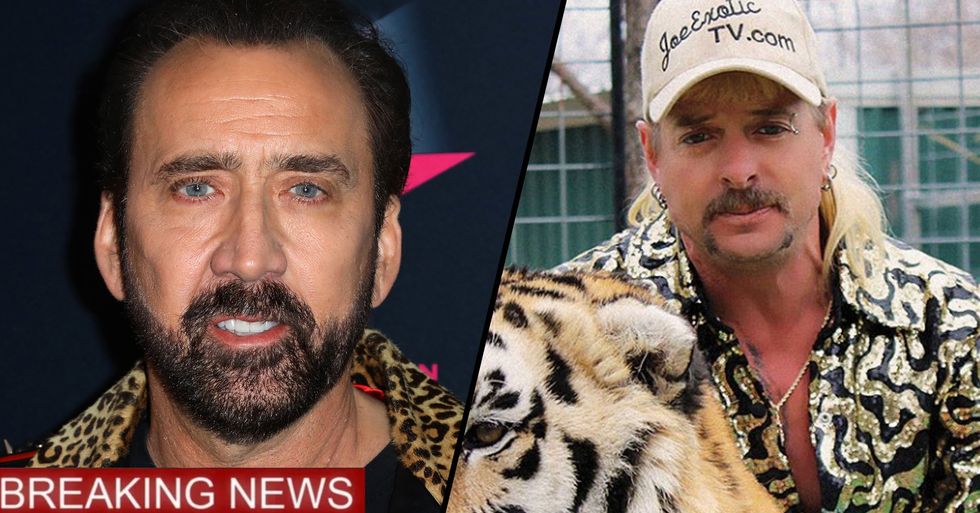 It has been announced today that Nicolas Cage is set to portray Joe Exotic in a new scripted TV series about the big cat lovers' life... It's the role he was born to play, isn't it?

Keep scrolling to read more about the up and coming new series, and when you can expect to see it on your screens...

So this calls for only one thing...

Some sort of movie or TV show needs to be made around Joe Exotics bizarre life... Surely?

Well, you are in luck.

It has been announced today that a scripted series about the big cat owner is set to happen, and an incredibly famous face is on the bill for the role of Joe Exotic.

Nicolas Cage is the man for the job.

Yep, the big Cage is set to portray Joe Exotic, and we couldn't think of a man more perfect for the job.

The 8-part series will be based on the article Joe Exotic: A Dark Journey Into the World of a Man Gone Wild, which was written by Leif Reigstad and appeared in Texas Monthly.

Across the episodes, viewers will learn new stories about the eccentric Joe Exotic, who fights to keep his zoo open even at the risk of losing his own sanity.

An exact release date of the series is yet to be confirmed.

$15.94 $12.75
Buy Now
See More Deals
We hope you find these deals as awesome as we do! Just an FYI: we may receive a share of sales from links on this page