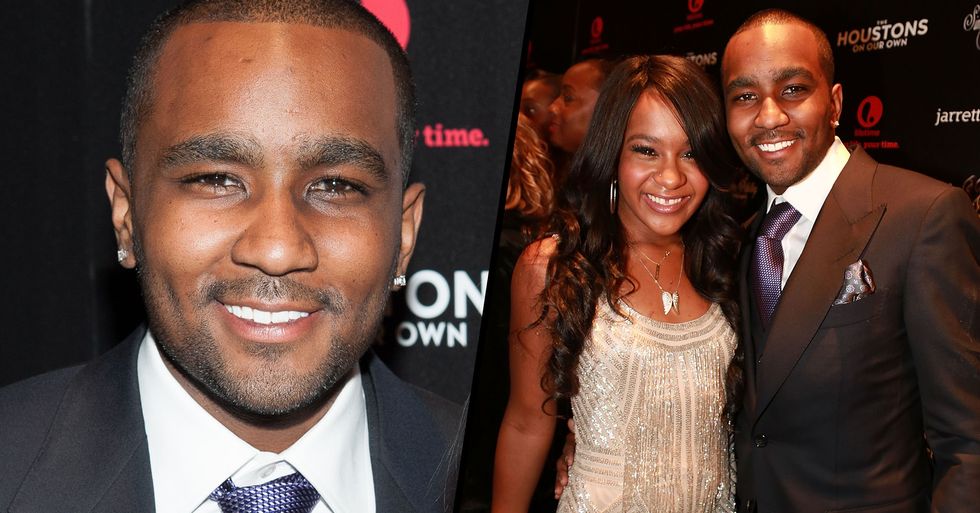 Exclusive reports came in on New Year's Day that Nick Gordon, the ex-boyfriend of Whitney Houston's daughter, Bobbi Kristina Brown, had passed away.

But the dispatch audio revealed some truly graphic details about his death.

Sadly, the late Whitney Houston wasn't only known for her music...

Her drug abuse and a tumultuous marriage to musician Bobby Brown was widely reported on in the media, including a hugely controversial documentary series.

And this is when Nick Gordon became involved...

Nick and Bobbi had known each other for most of their lives, with Bobbi once describing him as a big brother figure.

It seems Bobbi looked to Nick for comfort, and the pair began a romantic relationship, just 6 months after her mom's passing.

Their relationship was controversial at first...

In January of 2015, after just a year of marriage, Bobbi was found face down in her bathtub in her Georgia home - eerily echoing the death of her mother 3 years before.

But, 2 years later, a second autopsy revealed the presence of drugs in Bobbi's system, and therefore changed the cause of death from accidental to undetermined.

There was some indication that Nick might have actually been involved in some way in his wife Bobbi's tragic death.

Since Bobbi's death, Nick had faced other controversies.

He was thought to be living between different friends' houses and continuing a hard-partying lifestyle - perhaps a coping mechanism to deal with his wife's death?

His relationship with Laura Leal had always been tumultuous and violent, with one incident leading to Nick being arrested for domestic abuse in 2018.

But tragedy struck yet again a few days ago...

Because in the early hours of January 1st, Nick passed away from a suspected drug overdose at the age of thirty.

Nick was out celebrating New Year's with friends.

Of course, this will be a terribly difficult time for Nick's family.

But sadly, more horrifying details of his death have begun to emerge.

It is truly harrowing...

TMZ obtained the dispatch audio, which had been phoned in as a "cardiac respiratory." "Patient is thirty-year-old male, not conscious, not breathing," the dispatcher can be heard saying.

It was a brutal death.

"Caller advised black stuff is coming out of his mouth and he is not breathing," they went on to say.

Nicholas Bouler was his birth name...

The police department who responded to the 911 call issued a statement reading, "On January 1st, 2020, at 0515 hours, Maitland Officers were dispatched to 600 North Lake Destiny Road (The Sheraton Hotel) in reference to an unresponsive male." "Entry was made into the room, where members of the Maitland Fire & Rescue Department began providing care to an unresponsive individual later identified as Nicholas Bouler. Nicholas Bouler was transported to Advent Health Altamonte Springs where he was pronounced deceased. This case is under active investigation by Detectives with the Maitland Police Department."

This is a developing story so make sure to stay tuned.