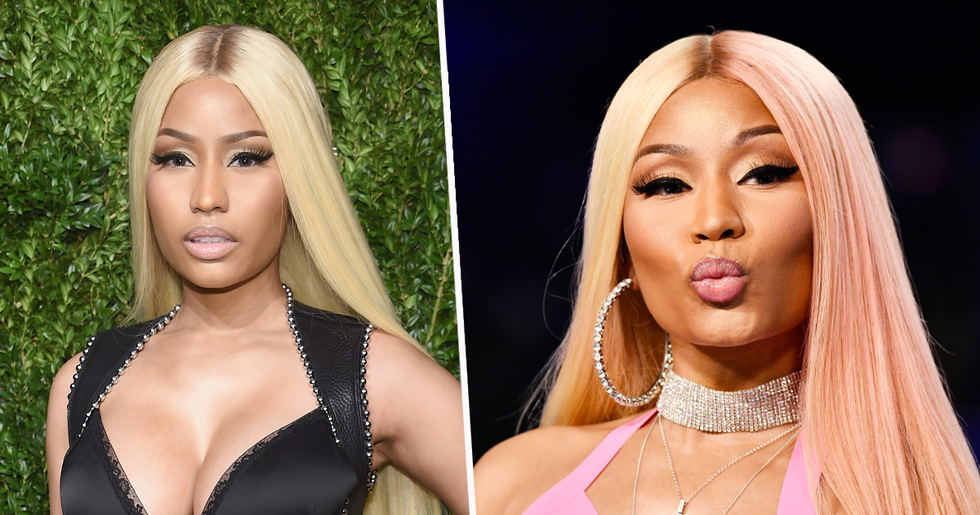 And after a lot of speculation, she finally revealed that she was pregnant with her first child.

Now, the singer has given birth and we couldn't be more excited!

After months of waiting, Nicki Minaj has finally given birth.

Exciting, right? But it's been a long journey to finally get here...

In 2009, Minaj was discovered by rapper Lil Wayne, who helped start her career off with a bang.

Wayne signed her to his Young Money Entertainment and soon after, Minaj was featured on Yo Gotti's "5 Star B*tch."

Soon after, she was featured on smash hits "BedRock" and "Roger That," which both charted on Billboard's Hot 100, cementing Minaj as a titan of the rap game.

But then fans started speculating if the singer was pregnant...

She claims the "world isn't even ready yet..."

And trust me, we really weren't ready for our wigs to be snatched like that...

As promised, Minaj announced that she was expecting her first child along with a series of gorgeous pictures of her baby bump.

And naturally, the internet went up in flames...

And if you weren't excited enough, here are the photos she posted along with the announcement:

Here's the first one showing the rapper in a yellow wig while holding her stomach.

And the second also played on her iconic look...

But despite her outfit and blue hair, all we can focus on his her adorable baby bump.

And here's the last one she posted to her Instagram:

Within an hour of her announcement, these posts have received millions of likes, as well as congratulations from fans and friends alike including Sam Smith, Halle Berry, and Jesy Nelson.

We couldn't be happier for Nicki Minaj and her partner.

And now the news has come in that Nicki has given birth.

We are so happy for Nicki and Kenneth.

A source close to Nicki told TMZ that the star gave birth on Wednesday in LA. Though we don't yet know the name or sex of the baby, we are so excited to welcome the little one to the world. Congratulations to the pair!