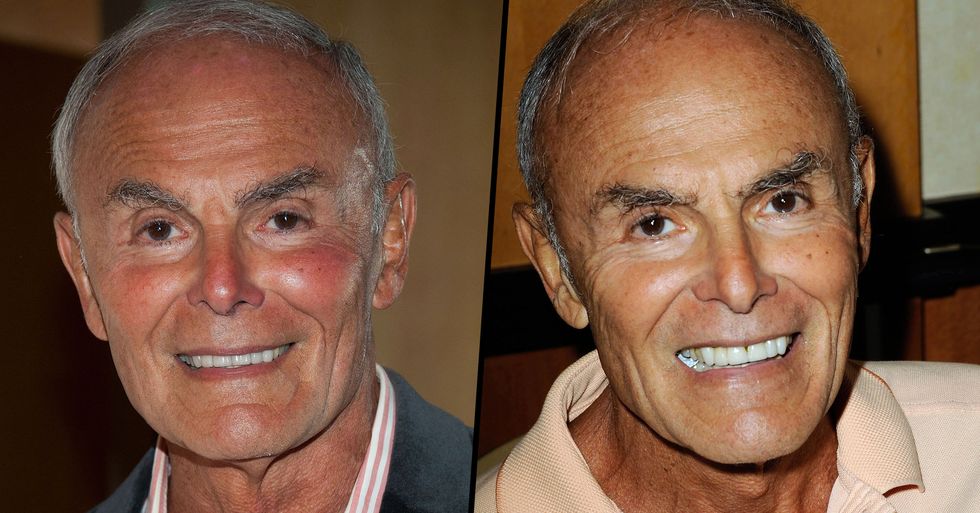 It has just been announced that actor John Saxon has passed away at the age of eighty-three.

Keep on reading to learn about this man's remarkable career and what brought his life to such a sudden end...

Actor John Saxon has passed away.

He attended New Utrecht High School, graduating in 1953 which lead him to studying acting with the famous acting coach, Stella Adler.

His first role came in the 1950s, with the majority being teenage roles...

And when he was seventeen, Orrico contracted with agent, Henry Willson, and he was renamed as John Saxon.

Saxon spent eighteen months at Universal before the studio first used him for a movie. His first significant role was a juvenile delinquent in Running Wild (1955), co-starring Mamie Van Doren.

He was then given a good role in The Unguarded Moment in 1956...

And this lead him to take on more teenage roles, including the main part in a low budget teen movie, Rock, Pretty Baby which became an unexpected success and established Saxon as a teen idol.

Saxon went on to land a series of diverse roles...

In 1973, Saxon starred alongside Bruce Lee in Enter The Dragon.

This provided huge exposure for the actor due to it being his first Hollywood venture, and it resulted in more and more high-profile roles.

While Saxon’s martial arts skills did not match those of Lee or their co-star, karate champion Jim Kelly...

The actor told the Los Angeles Times in 2012 that Lee "took me seriously." "I would tell him I would rather do it this way, and he'd say, 'OK, try it that way'."

Saxon starred in A Nightmare On Elm Street as the heroine's father - police officer Donald Thompson. He then played a version of himself in New Nightmare, in 1994.

In recent years, he was in a number of independent movies and television series...

Including  CSI: Crime Scene Investigation (and the Showtime series Masters of Horror.

His first marriages were to screenwriter Mary Ann Murphy, and flight attendant turned actor Elizabeth Saxon. He then married cosmetician Gloria Martel in 2008 and they have remained together until the very end.

His wife announced today that Saxon has passed away.

She told the Hollywood Reporter that her husband took his last breath on July 25th, 2020.

Since the tragic news broke, tributes have been flooding in for the late actor...

And people are clearly moved by this loss.

#JohnSaxon, they guy that inspired one of my favorite toy as kid: Maskatron. RIP my friend @classic_film… https://t.co/aqQOlCMtVQ
— Moviemax (@Moviemax)1595856008.0

Saxon's wife announced his cause of death...

And she said that her husband had passed away from pneumonia.

Our thoughts and condolences go out to his family during this terrible time. Keep on reading to find out about all of the tragedies that 2020 has brought us so far...