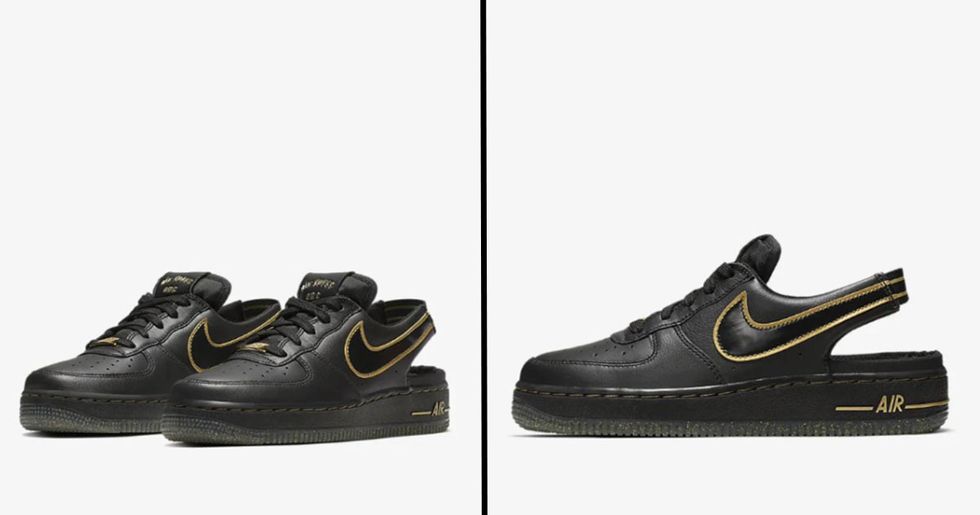 I think I've lost track of these new trends that seem to be gathering momentum this summer. It's hard to believe that some of these awful trends actually exist, like goth crocs, which really baffled everyone, but they actually do. Yeah, blame the designer.

I'm not too surprised by anything anymore, but this new range of footwear created by Nike has left me a little speechless, to say the least. They have decided to take the classic trainer and combine it with the classic sandal to create a weird hybrid.

Keep scrolling to catch a glimpse of this new fashion disaster...

I mean, as mainstream as these trainers may be, they're actually very stylish and comfortable. If I were you, I'd definitely invest in a pair. Let's have a look at the most popular pair right now.

And they're available in a range of different colors if pink isn't really your thing.

Of course, you've heard of these, right?

Of course, they could make some improvements to the system, but I will always defend Nike and their designs. They're literally the whole package.

But there are some things that I just can't defend...

I just can't get my head around it...

And neither can anyone else.

@sneakersteal For those hot summer days when you wanna rob someone at the beach or pool but don’t have appropriate footwear
— Mira Ventura🇩🇴 (@Mira Ventura🇩🇴)1565886364.0

I'm going to move swiftly on.

Let me break it down for you.

It's literally an open-heeled sandal with a slight platform. Don't be too freaked out until you've actually seen them.

Now you can freak out.

I know mules that have been gaining popularity, but there's no way in hell that this shoe will...

While mules have little support in the heel, this shoe has a nice ol' strap that wraps around the back of your ankle to give you that extra bit of comfort.

Am I selling the idea to you?

Well, if you're a fan of the classic croc, a pair of these will be a dream come true for you. Now you can go for a run in what look like a pair of crocs, but have all the comfort of trainers. Wow.

I'm just sat here thinking why anyone would want to ruin the oh-so-popular "Air Force" trainers by chopping off the back to expose the heel? It almost seems as if the shoe has been in an accident and lost a crucial limb or something.

I can't imagine buying my child a pair of these. Why would I want to torture them like that?

I had a look on the website for them and, according to Nike, they're no longer available to purchase. Unless they're having a change of heart because the whole world is repulsed by them, I have a little feeling that they're just going to re-package and re-release them very soon. Keep your eyes peeled.

Here's my advice: Save your money. Get yourselves a pair of crocs.

Maybe some goth ones if you're feeling experimental.

And if you want to see some more weird "Nike" creations, get a load of this!

Romanian designer, Ancuta Sarca, has taken her old trainers and turned them into a sophisticated, but slightly ugly, pair of kitten heels... yes, kitten heels. Have a look for yourself!