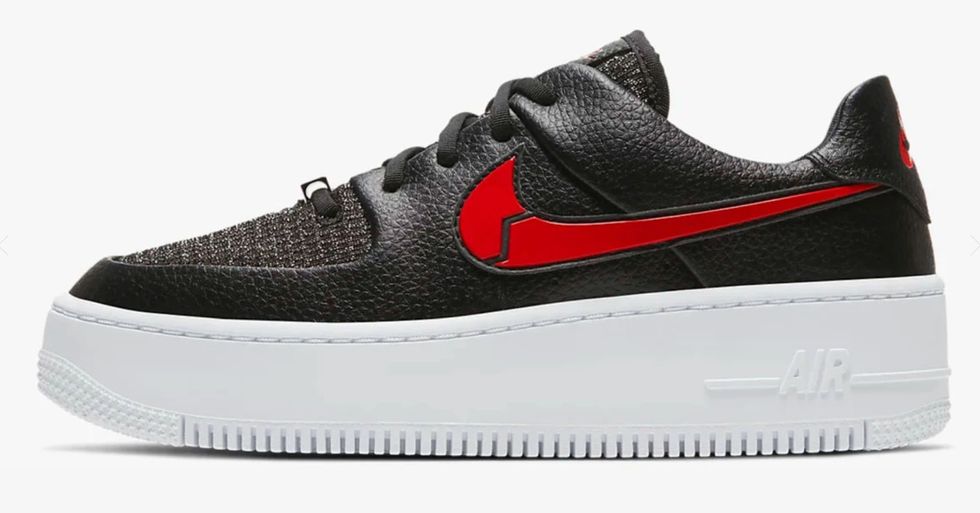 Valentine's day is just on the horizon and to mark the occasion, sportswear giant, Nike, has come out with a brand new Valentine's inspired re-issue of their classic Air Force 1 design.

This is one drop you don't want to miss. Keep scrolling to get all the details on where to get your hands on a pair.

I mean, as mainstream as these trainers may be, they're actually very stylish and comfortable. If I were you, I'd definitely invest in a pair. Let's have a look at one of the most popular pairs right now.

And they're available in a range of different colors if pink isn't really your thing.

Of course, you've heard of these, right?

Of course, they could make some improvements to the system, but I will always defend Nike and their designs. They're literally the whole package.

But there's one shoe that will always remain a fan favorite.

There have been many different takes on this design.

And now, the sportswear giant have unveiled something very exciting...

As Valentine's Day creeps closer and closer, Nike has released a new take on the Air Force 1 Sage Low to celebrate the occasion.

This twist on the classic staple features a broken heart swoosh perfect for anyone who may have those Valentine's Day blues (anyone who's single out there... if you know, you know).

The sneakers also come with a heart-shaped metal tag complete with a lock emblazoned with Nike branding.

This style of shoe originally launched in 2018.

But now the sportswear giant has re-issued the design just in time for Valentine's Day.

The sneakers are available to buy on the Nike website for $110.

You can take a look here.

Sadly, some of Nike's releases are on the weirder side. Keep scrolling to check out Nike high heels...