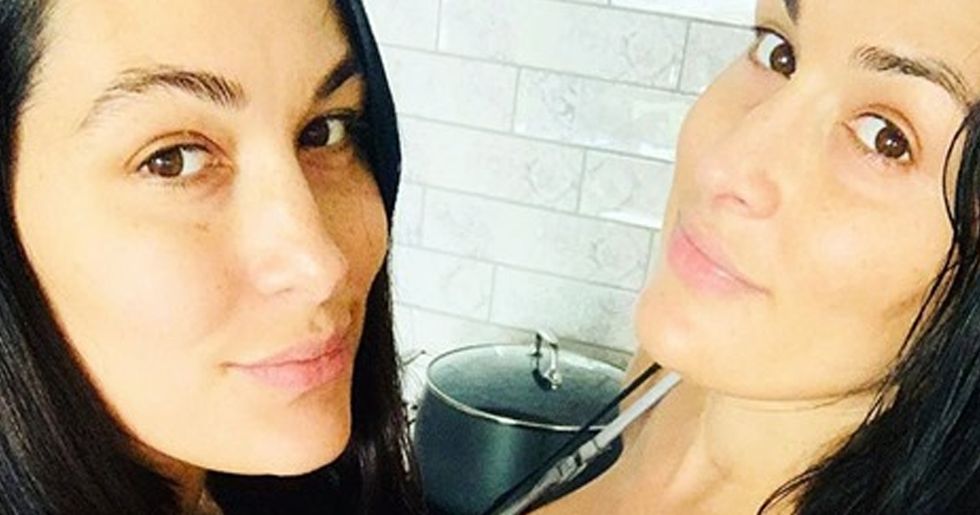 Nothing makes postpartum more fun than with your sister @thenikkibella. #twoweekspostpartum.

Brie and Nikki Bella are one of WWE's most successful divas and have been on our screens for quite some time now.

And nine months ago they broke the internet when they announced that they were both pregnant at exactly the same time.

Now, the duo have both given birth to sons and two weeks later they've shared a postpartum selfie!

But two weeks ago.

Nikki joined the club welcoming her son into the world. She, too, confirmed the news on Instagram.

Nothing makes postpartum more fun than with your sister @thenikkibella. #twoweekspostpartum.

Congratulations to the two sisters!