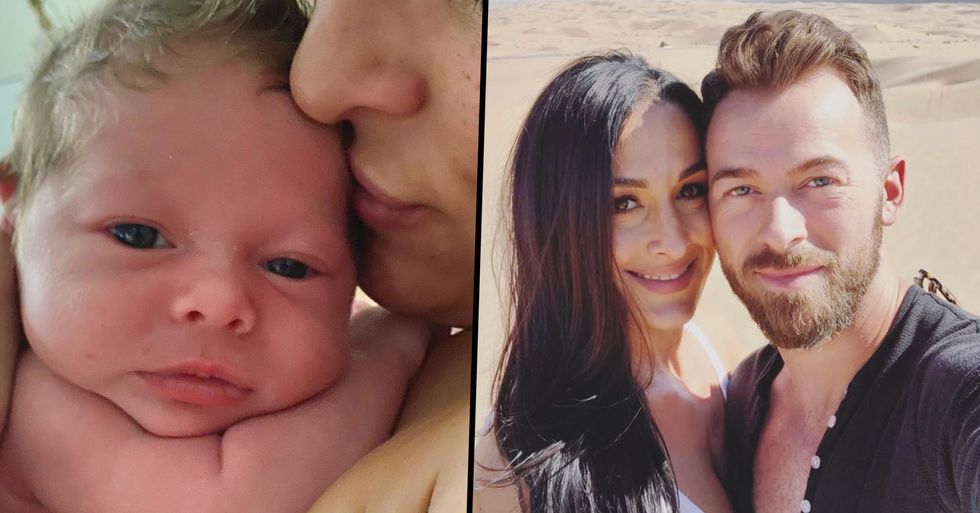 Stars, they're just like us. Well, except for the names they inflict on their poor, innocent children, that is...

However, Nikki Bella is the latest start to reveal her baby's name, and people seem to love it!

Celebrities are known for giving their kids the craziest names.

Sometimes it looks like they're just trying to outdo one another.

Nikki Bella is the latest star to release her baby's name, and people seem to love it.

Nikki is best known for her time working as a professional wrestler with WWE. Since retiring in 2019, her pursuits seem more family orientated.

Things have stepped up this year. She got engaged to Russian dancer Artem Chigvintsev on the 3rd of January.

And just 4 weeks later announced that they were expecting their first child, at the same time as her twin sister Brie, who announced her pregnancy the same day!

Everyone was eagerly waiting for the big name reveal, and finally, it has been released. But she isn't the only celebrity to choose a unique name...

However, sometimes celebrity couples just get it right. Nikki Bella and her husband seem to have got it spot on.

And people love it...

So cute! But quite a mouthful, we must admit. Her sister, Brie however, has gone for something a lot less conventional. Scroll on to find out what her twin has named her little boy...