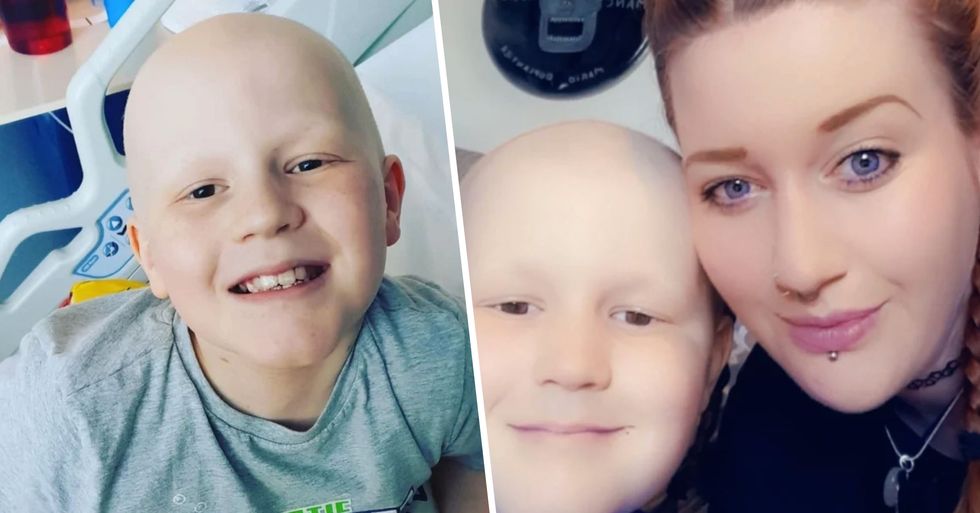 A 9-year-old cancer patient has defied all odds by being declared completely cancer-free after undergoing pioneering, yet incredibly dangerous surgery.

Scroll on to read this incredible tale...

Where cancerous tumors can be successfully removed.

And now, news has emerged of a completely new type of surgery being conducted for the first time...

And it has successfully rid the patient's body of any traces of cancer. Here, we have the remarkable story of 9-year-old Saul Hayden, from Cheshire, U.K, who, after being suddenly diagnosed with a rare form of cancer, bravely underwent the pioneering treatment.

But, after suddenly feeling unwell with stomach pains and losing his appetite in April last year, he was taken to the doctors to undergo various tests.

The test results were devastating.

After being referred to Alder Hey Children's Hospital in Liverpool, the youngster was diagnosed with stage four malignant rhabdoid tumor of the liver, one of the rarest and most aggressive forms of cancer there is.

The survival rate for this type of cancer is slim.

And doctors warned Saul's mom, Vicki, that just fifty-three other people in the world had fought the disease - with only 5 having ever survived.

Before he was then offered pioneering surgery which would remove his liver, remove the cancer, then put it back in.

The surgery carried with it many risks.

"Without the surgery, there was no chance for him," Vicki explained, "The operation was so rare they were reluctant to do it at all."

And not many had survived this type of surgery in the past.

"They were worried he wouldn't make it at all. I was told one in ten adults don't survive this type of operation so it was even riskier for him. I can't put into words what it has been like for us." Vicki said.

But they decided to take the risk.

On September 18th at Birmingham Children's Hospital, surgeons isolated the blood flow to Saul's liver, physically removed the organ, cut out the cancerous cells, then placed it back into his body.

"I don't know how but he has found the strength from somewhere to keep smiling through everything." Vicki explained, "They have said they are amazed at how well he has done. We were warned that him not surviving was more likely than survival."

And, after a scan in January this year...

Saul was officially declared as cancer-free! The youngster still attends regular check-ups, but it is hoped that he will be able to return to school by the end of the year. Congratulations, Saul! For more on pioneering treatments, keep scrolling to read about the remarkable surgery that instantly stopped a man's Parkinson's disease tremors...