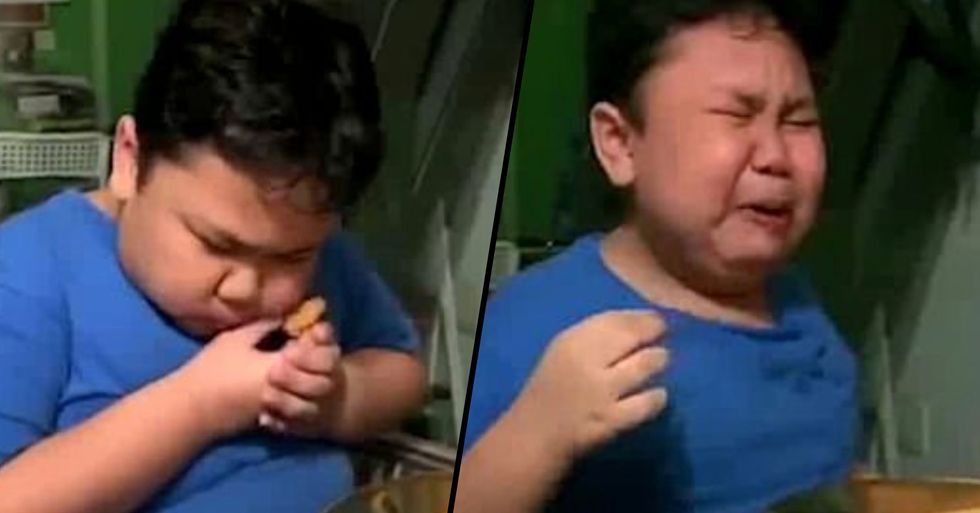 It's safe to say, with the vast majority of the world on lockdown, we're all missing our McDonald's fix. And when one 9-year-old experienced his first McDonalds since lockdown, he was overcome with emotion.

Keep scrolling to watch the video for yourself...

And one boy over in Singapore summed up our emotions perfectly.

Social distancing measures have been imposed to prevent the further spread of the virus.

President Trump recently announced that the federal guidelines on social distancing have been extended for at least another thirty days in a desperate attempt to regain control.

We're all missing things we previously took for granted.

Or a mouth-wateringly good McDonalds.

Oh yes, many of us are missing the fast-food chain greatly.

And, being stuck in, we could all do with the odd takeout to lift our spirits.

McDonald’s has a menu absolutely filled with delicious items – truly, there’s something for everyone at the golden arches.

You can't deny your love for the chain...

From breakfasts to dinner, they always have your back when you’re feeling hungry… and lazy.

And, with lockdowns gradually easing across the world...

Many are finally experiencing their first McDonald's in months.

Last week, 9-year-old Adam Bin Mohammad Irwan was one of those people.

His mom, Wati, filmed the moment she gave her son the long-awaited takeout. Keep scrolling to watch...

The family is from Singapore...

The fast-food giant reopened on May 10 in Singapore after weeks of being closed.

Adam was overcome with emotion when presented with the takeout.

The video begins with Wati sat in her car. "Hello guys. I'm [getting] McDonald's. It's a surprise!" she says.

She then brings the food into the house and leads Adam into the kitchen where the food is spread out across the table...

At first, Adam thinks it's a prank. "I thought you wanted to scare me," he says, before giving his mum a hug, who reassures him that it isn't a joke.