Nobody Can Believe This Hot Dude Is HOW MANY Years Old? | 22 Words 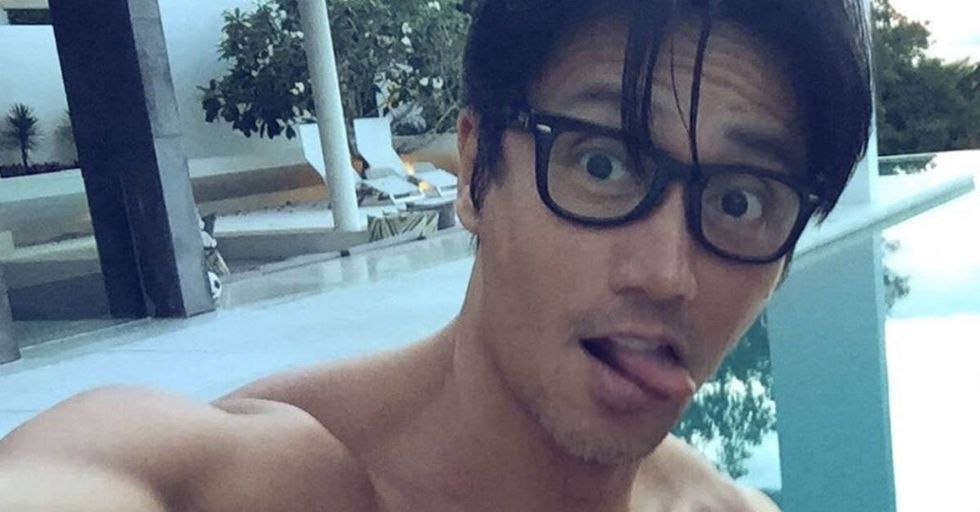 Nobody Can Believe This Hot Dude Is HOW MANY Years Old?

We all know that models are often older than they appear. Thanks to the wonders of fashion, makeup, and flattering photography, people can hide their age very well with the right resources.

But this guy might take the cake of anyone, male or female, that you've ever seen.

This ChuanDo Tan. He may look the part of a hot twentysomething model, but there's a little more to him than that.

He's also a photographer, but that's not quite what we're talking about either.

Let's cut to the chase: It's reported (but not quite confirmed) that this hunk is a LOT older than his face and body would suggest.

He's very active on Instagram, as most photographers and models are.

So finding pics of him isn't exactly difficult. But believing his age is a tall order for sure!

I mean, lotions, creams, and witchcraft aside, is there ANY way this face can belong to a 50-year-old?

The answer is "no," correct? No chance in the world, right?

People certainly WANT to believe, but, you know, it's hard to buy.

He might not be the youngest-looking guy in the world, but if he's 50...he's close.

So far, based on the claims we've seen, the story adds up. ChaunDo appears to be 50 years old, believe it or not.

This reaction shot gets used a lot, but I think this a totally appropriate use of it.

I mean, the next step after verifying this dude's age (further) is to figure out what his secret is, then copy it step-by-step. We should look so good when we're 50. But chances are, sadly, we won't. This guy's like Dorian Gray.