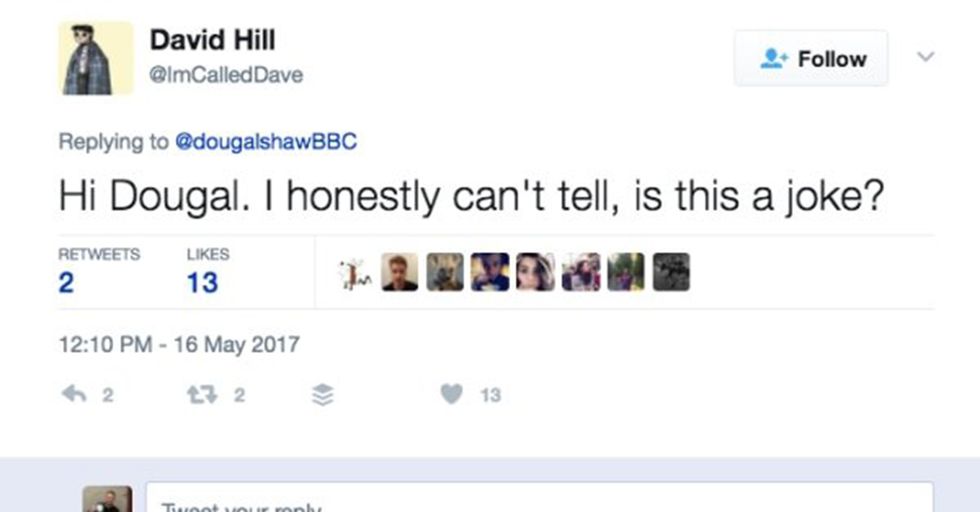 Nobody Knows If This Writer's Obvious Food 'Hack' Is For Real

We all know that a lot of "hacks" on the Internet...

...are really just "the right way to do things," but that doesn't stop people from proclaiming themselves the inventors of wild new techniques. But this guy might take the cake.

HIs name's Dougal Shaw, and he works for the BBC.

But I don't think he's going to get any journalism awards for the culinary adventure he provides. In fact, his awesome new method of eating is...make a sandwich.

The instructions are posed as an alternative to...

...you know, BUYING a sandwich. Not exactly a revolutionary approach, but he's certainly acting like it is.

People couldn't tell if this is for real or not.

Probably because the guy behind it IS an acclaimed journalist and offers facts like “each year Brits buy 3.5 billion sandwiches, spending more than £7.8 billion ($10,078,341,000)."

Then there were people who just didn't know what to say.

He responded to some folks on Twitter, but not others, perpetuating the air of mystery around the world's most obvious food hack.

Some people responded with vicious sarcasm.

But most who didn't respond were left wondering if this guy was for real or not.

Some people got a little angry about the whole thing.

As a journalist, he withholds (hilariously) any bread endorsements for those looking to copy his newfangled technique.

The SUPERMARKET! Why haven't we thought to buy food there before? It's been right under our nose. Bless you, Dougal!

It's only natural that people would parody the post.

They used obvious cause-and-effect scenarios like this one that informs us sleep reduces how tired we are! Information overload!

This is pretty much begging to become a meme.

If Dougal was just having a laugh, I'm sure it worked for his purposes, but many Twitter users didn't know what to make of the "tutorial." I wonder what he'll have in store next week.