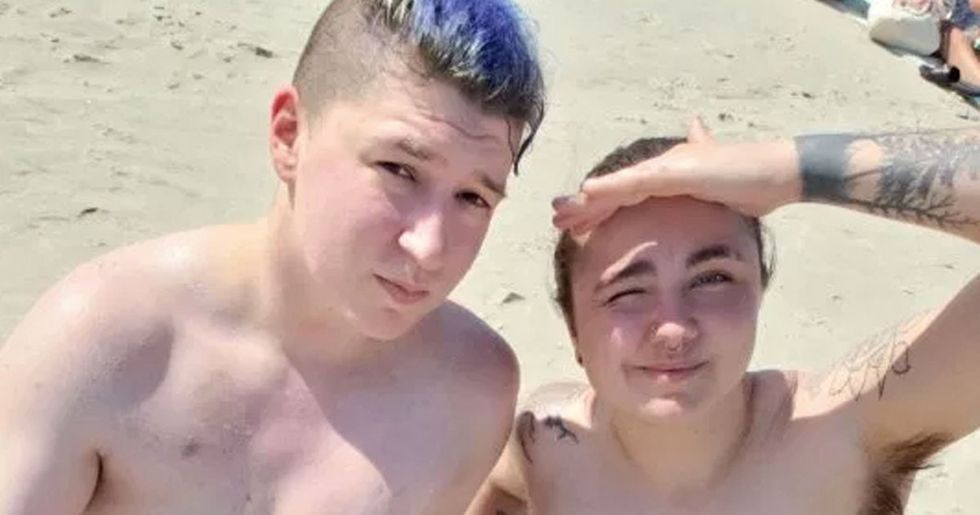 Life can be hard at the best of times - and it's undoubtedly more so for those who feel like they were born in the wrong body. It's hard to imagine a more jarring, dissociating, and all around overwhelming experience than looking in the mirror and feeling fundamentally opposed to what you see looking back at you.

But as potentially upsetting that this sort of body dysphoria is, it makes the feeling of relief upon achieving the body that fits your identity all the more powerful.

Such is the story of two friends, who, born with bodies that they felt trapped in and disconnected from, managed to raise funds to go under the knife to put things right. And the way the pair celebrated is pretty adorable.

The vast majority of us are born thinking of gender as fairly set in stone.

Almost all of us are assigned one of two genders at birth, and that tends to be the one that we stick with for the rest of our lives.

For most of us, this system works pretty well.

But for those who don't feel like they belong in the body that they were born with, things can be pretty tough.

Such was the experience of one Xanthe Zeitstück.

A resident of Savannah, Georgia, USA, Zeitstück was born with chronic gender dysphoria. Although they were assigned female at birth, they never felt secure in that identity.

And although they knew about being transgender, that identity didn't seem to feel right either.

They've said, "I would love to have top surgery but I’m not a man, so it just wasn’t connecting. When I was 20 I finally met my first other non-binary person and realised that there was a word for it."

Rowan Janiszewski, from Rochester, New York. "Rowan is a very good friend to me," Xanthe shared.

The two friends have a relationship that some may consider odd.

The two share one boyfriend - Seran Janiszewski - and although neither Rowan nor Xanthe are romantically involved, they are in a sort of relationship dynamic together.

It was Rowan who inspired Xanthe to have their surgery.

Xantha had been having hormone replacement therapy for some time, but it was Rowan who gave them the push they needed to go for the surgery, having been through it themselves.

The surgeries both happened fairly recently.

"A couple of years ago I decided to get HRT which definitely helped. I got top surgery. And I’m satisfied with myself. It’s been a journey to get here and it’s a relief to not be constantly uncomfortable and not constantly try to hide certain aspects of myself," Xanthe said.

Rowan had had their surgey only slightly before Xanthe.

And after hearing that Xanthe was recovering, Rowan "dropped everything" to come and help them out. Both are doing really well after the surgery - both physically and mentally.

And Xanthe has made a decision that many found to be very brave.

They've chosen to share images of a recent beach day that the three shared on Facebook - complete with top surgery scars proudly displayed.

Xanthe was pretty confident about going without a top on the beach.

"I felt great about being in public. Honestly it felt very natural," Xanthe said. "It was definitely was a moment I wanted to broadcast. I was so excited about it. It’s definitely one of the more interesting pictures in the family photo album."

"My friend Rowan was a little bit more nervous than I was but we went ahead anyway and endeavoured to make sure we would stay by each other and also be shirtless. That was Rowan’s first time being shirtless at the beach too. No one said anything. We may have gotten a couple of weird looks but I think most people just assumed it was none of their business, which was great," Xanthe said.

Many on social media praised the pair for being so brave.

"Other people have gotten in touch saying they were really glad I did too because they’ve been nervous about going to the beach or saying they’re non-binary than a binary entity. It’s cool for people to actually have some representation."

‘I think awareness, visibility and knowing someone who identifies differently than they were assigned at birth really helps," they continued.

"I’ve gotten really good messages from people in Australia, California, even in other countries. People tell me that I’ve helped them take off their shirts in public too. ‘It gets people learning more, which I’m always down for. It’s three people enjoying a day at the beach with people that they love. When you take away a lot of the politics it’s a perfectly normal situation."

Eventually, Rowan, too, felt comfortable enough to bare all.

Xanthe's photo on Facebook quickly went viral. Their excellent caption? "Here I am, at the beach, shirtless, with the equally non-binary friend that helped me through my top surgery while recovering from theirs, while we watch our boyfriend frolicking in the waves. This is the world conservatives warned you about."