North Korea Claims It Has No Cases of Coronavirus | 22 Words 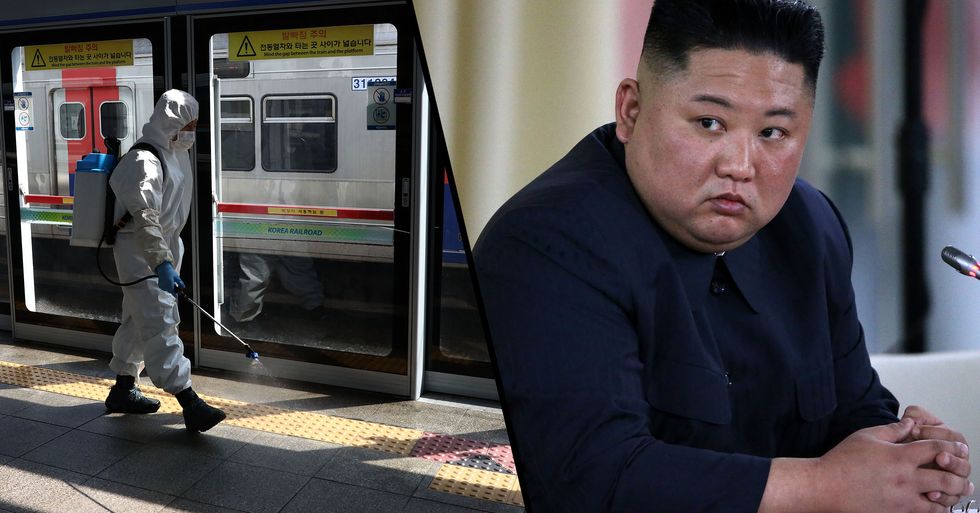 North Korea Claims It Has No Cases of Coronavirus

COVID-19 aka coronavirus seems to have taken a hold on the whole world, well, apart from North Korea that is, who are saying they are completely unaffected by the outbreak.

Although, many are casting doubt on these claims for one big reason...

Coronavirus has been hitting the headlines non-stop lately.

The number of worldwide cases has now surpassed the 200,000 mark.

Since the first COVID-19 patient in Washington, there have been over 4,000 more confirmed cases across the country, with the death toll having now surpassed one-hundred.

But there's one country that claims to be unaffected by the outbreak...

North Korea has claimed it has zero confirmed cases of the virus.

According to The Diplomat, it said: "Officials of the Party and power organs and working people's organizations and those in the fields of public health and anti-epidemic control across the country have boosted the hygienic information service about the worldwide spread of COVID-19 and preventive and treatment measures among the people, so that they should never feel relieved for having no COVID-19 case in the DPRK."

However, global experts have been quick to dispute these claims.

Jung H. Pak, a former CIA analyst on North Korea, has stated that he believes the country's leader, Kim Jong Un, is lying about the real situation in order to seem like its "isolation" from the rest of the world is a "strength." "Speaking to Fox News, he explained: "It's impossible for North Korea not to have a single case of coronavirus."

And he's not the only one to cast doubt on North Korea's claims...

General Robert Abrams, commander of U.S. Forces Korea said in a press conference: "It is a closed-off nation, so we can't say emphatically that they have cases, but we're fairly certain they do. "What I do know is that their armed forces had been fundamentally in a lockdown for about 30 days and only recently have they started routine training again. As one example, they didn't fly an airplane for 24 days." The virus has also been having a huge impact on the movie and TV industry. Keep scrolling to check out every film and TV show that has been canceled or delayed due to coronavirus… Is your fave on the list?