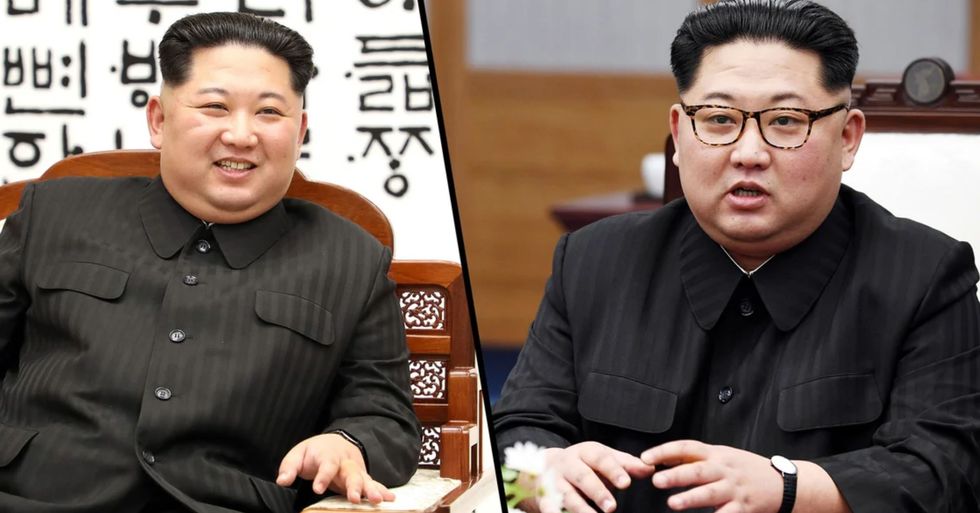 North Korean dictator Kim Jong Un has been making headlines the past week regarding his mysterious illness, but a North Korea defector has now spilled some truth about his condition...

Kim Jong-Un's mysterious disappearance has been making headlines for the last week...

And now, a North Korean defector has revealed some truth about the dictator. But firstly, let's get the facts in.

One survivor described his ordeal...

The Independent published an article outlining the horrific treatment of one man who survived one of North Korea’s "most notorious" forced labor camps.

So it's safe to say Kim Jong Un isn't going to win an award for "Best Leader" any time soon...

Despite the fact that he and our President now seem to be the best of friends!

But it seems that his days are now numbered...

Although unconfirmed, reports have been circulating that Kim Jong-Un has passed away.

According to reports, quoted by TMZ, Kim Jong-Un has reportedly died or is on his death bed with no hope.

News came in from South Korea that the North Korean leader is "alive and well" and so the health status of Kim Jong Un remains unclear.

Either-way, speculation continues to rage on...

And in one last valiant attempt to keep their dictator's legacy alive, a North Korean state-run newspaper has claimed that Jong Un has actually been writing and sending out "thank-you" letters to citizens.

The number of rumors that have been flying around is unbelievable...

And quite frankly, we aren't entirely sure what to believe right now.

But reports have just come in from North Korea adamantly claiming that Jong-Un is alive.

North Korean defector Thae Yong-ho told CNN that his "abnormal" absence from a ruling party showpiece on April 15th signaled that the dictator must be physically impaired.

Even though many think Jong-Un isn't dead, he isn't doing well by the sounds of things.

"I'm not quite sure whether he really had some surgery or whatever, but one thing is clear... he cannot stand up by himself or walk properly," said Yong-ho, a former North Korean diplomat who was elected to the South's parliament earlier this month.

Only time will tell until we get some official confirmation of the dictator's state.

Make sure to stay posted for further updates.
20%