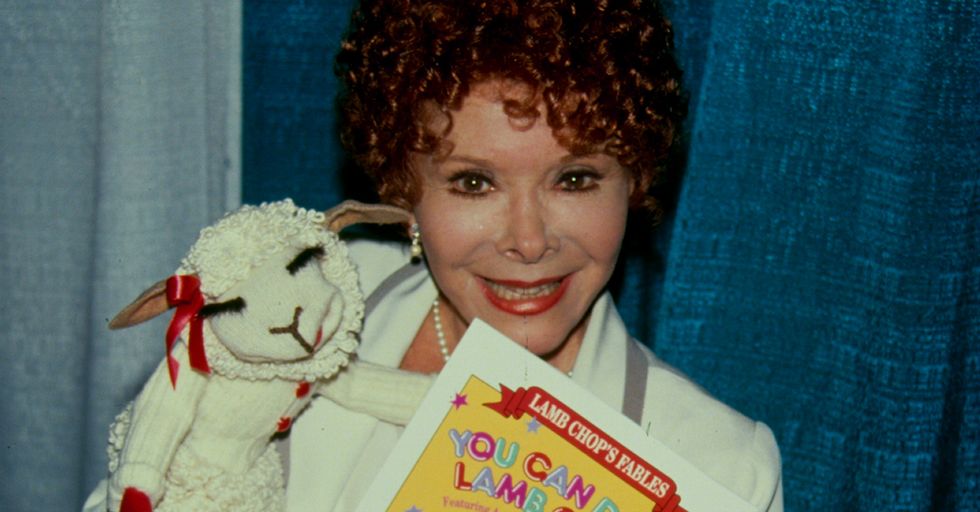 Nostalgic Photos That Will Bring Back Childhood Memories

Let's take a little stroll down memory lane, shall we?

She was my favorite puppet named after a cooked version of herself. Shari Lewis was a gem, and they're both helping us kick off this insane list of super nostalgia! Good luck getting through this list without going, "Oh YEAH!"

I don't know who thought these little turds were a good idea, but they were everywhere for a good long while! They only haunted my dreams a few times.

This tutorial starred the cast of Friends! It literally does not get any more '90s than this, folks.

Remember when you got one of the milky blue ones?! It was like you hit the jackpot.

Poor John Hodgman and Justin Long. They were known as the "PC Guy" and the "Mac Guy" for far too long. The next one is for the artistes out there.

Remember these?! They were so useless! I'd always try to start coloring with them and be like, "Aw, dang it!"

This was one weird and wacky show. And I loved it.

I never did get to play this butterfly catching game, but it always looked amazing from the commercials. What a deprived childhood I had.

I. Loved. Zoobooks. I don't even know where they came from. I think you might have had to call a number on the TV to get them, but they were incredible. I learned so much about animals that I do not remember today!

I don't know about you, but we had approximately one of these in every room in our house. The next one is too good.

If you didn't die a horrible death on the Oregon Trail, did you even grow up in the '90s?

I wanted that phone so badly. And that Mac. Never did get either of them.

Do you guys remember the Gargoyles TV show?! If I remember correctly, it was like, kind of dramatic and dark. I guess anything was okay in the '90s.

Did you know that the inside of slap bracelets is cut-up pieces of tape measure?! Yeah, I know. Mind blown.

Highlights of my cassette collection were: Jewel, Hanson, Mariah Carey, Celine Dion, Billy Joel, Carole King, and the soundtrack to Cats, the Broadway musical. In case you couldn't tell, I was not cool. The next one brought back a wave of memories for me.

More than anything, I remember the movie they made about the Country Bears. I saw it in a double drive-in feature with Austin Powers: Goldmember. Those were the days.

I never had a Game Boy or was really into video games (you're welcome, Mom!), but these things were cool. They were like cell phones before cell phones.

An electronic device that you carried in your pocket that could entertain you for hours? Yes, please.

Rugrats is one of the greatest shows from the '90s, and when life imitated art in the form of Reptar Cereal, people kind of blew a gasket.

There's no way this stuff could have been good for us. What were those little things floating in it?! We just swallowed them willingly!

Remember this sleepy little worm?! I didn't have one, but I was jealous of anyone who did.

The next one takes us wayyyy back.

Remember when "signing out" library books meant literally signing your name and stamping a date? Those were the days, man.

Bazooka is obviously the greatest bubble gum out there because each piece came with a comic! Often, they were weird and kind of misogynistic, but hey!

Reggie was the coolest, most badass girl on television at the time, and fingerboards were fun for some people, I guess.

I loved Richard Scarry! What a wholesome town of professional animals! The next one is '90s summers, encapsulated.

If you had this, you were in charge. No buts about it.

Ah, the good ol' days, when you had to decide whether to be on the phone or the computer because you couldn't do both at once.

I don't think I found the image once in my life. But we had several books of these.

I don't know if you had to buy these or if they came in your Happy Meal or something, but I remember these so vividly! They would change colors in the heat, so if you put your tongue on the end, they'd change.

Whichever genius came up with markers you sniff should probably go to jail. Share this with someone so they can stroll down memory lane too!